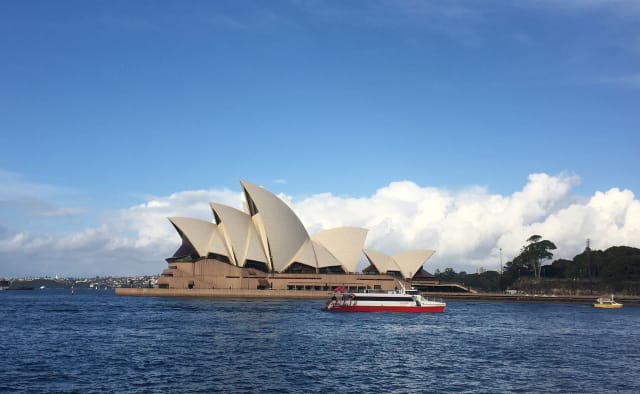 Emotional tributes have poured in for a “talented” and “incredibly beautiful” British backpacker who died after falling from a cliff edge notorious for tourists risking their lives to take selfies.

Madalyn Davis, 21, plunged to her death from the Diamond Bay clifftops in Sydney’s eastern suburbs on Sunday morning.

New South Wales Marine Rescue said it began to search for Miss Davis after emergency services were alerted when a group of people were taking photos at the cliffs “inside the fence”, but could not find her.

A body was retrieved from the water about four hours later.

Miss Davis was a make-up artist and eyelash beautician who had been travelling in Thailand and Bali for a few weeks before arriving in Australia, according to her Instagram account.

In December, the Lincoln-based beautician said: “One month ago just after the full moon festival, can’t believe I’ve been travelling for a whole month now!

“Not looked back at my old life once (miss my job though) and I am super excited for my future abroad.”

Another woman, believed to have been 27 and from Sydney, died after falling 30 metres from a cliff onto rocks below at the nearby Vaucluse Reserve in August last year, according to Australian press.

Waverley Council, the local authority for the area, commissioned an “urgent report regarding visitor safety at Diamond Bay Reserve” following the incident.

Past visitors also left warnings for tourists to “be cautious” of the cliff edge on Google Reviews, with comments including: “They have now barricaded off the best part but you can still get some beautiful photos from the walk track” and “took pre-wedding photos here… but need to be really careful.”

The Foreign Office said staff at the British Consulate in Sydney are in contact with local authorities at Diamond Bay following the incident.

One friend, Jord Salthouse, said he was with Miss Davis an hour before she died.

He posted on Instagram: “All of our hearts are with you, the absolute life of any party.

“Always willing to put a smile on anyone’s face and the first up for a laugh… the best person to have around.

“Can’t believe that an hour after we last met you was gone.

“Rest easy princess we love you so so much.

“You will be forever missed and always in our hearts. RIP angel.”

Miss Davis’ work friend, Georgie Lockett, said: “Rest in peace, still remember the chats we had about boys when we worked together, you’re an angel.”