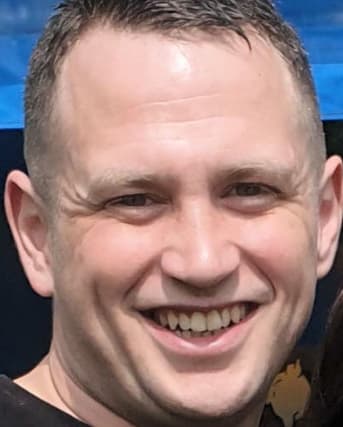 Nearly 2,000 people have called for safety measures at a river after the body believed to be that of missing firefighter Anthony Knott was found on Friday.

The body was recovered from the River Ouse at Newhaven in East Sussex on Friday, police said.

The 33-year-old father-of-four disappeared on December 20 after going to a pub in Lewes with colleagues.

His fiancee Lucy Otto shared the petition on Facebook, saying: “No one should have to go through the pain we are, this river needs a flood barrier and more lighting to stop this ever happening again.

“Their needs to be more safety in place around open rivers so easily accessible to the public.”

The petition to East Sussex County Council has reached 1,951 signatures since being started two days ago.

It adds: “We have to try and get this done so we can at least say we have tried our hardest.”

Large scale searches were carried out in an effort to find Mr Knott in the weeks that followed his disappearance, with Sussex Police deploying boats, dogs, drones and helicopters.

In the emotional statement on Friday the family of the Orpington man said his story had “touched the hearts of thousands of people” and thanked everyone who had helped in the search.

A link to the petition can be found here: change.org/p/east-sussex-county-council-fence-round-the-river-ouse