Jess Phillips: I was tempted to quit Labour over anti-Semitism 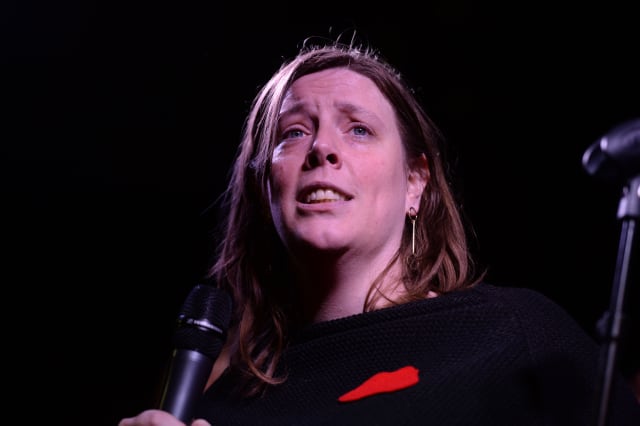 Labour leadership candidate Jess Phillips has said she felt “quite tempted” to quit the party over its handling of allegations of anti-Semitism.

The Birmingham Yardley MP said she “wobbled the most” when she saw a BBC Panorama investigation which claimed senior figures in the party had interfered in anti-Semitism investigations.

Asked during a phone-in on LBC radio how tempted she was to follow Ms Berger, she said: “On many occasions I felt quite tempted…

“It was the episode of Panorama where I wobbled the most and felt not only was our movement intolerant of the Jewish community but also those brave staff – Jewish or otherwise – had been bullied and harassed and I just thought this is unrecognisable to me as the party.”

She said if she had not stayed she “would have just been replaced by somebody who might not have spoken up”.

“Now I could change nothing from the outside and those that walked away, incredibly courageously, it felt for those of us that stayed that it barely moved the dial. And so I stayed.”

Over the weekend, the MP suspended a member of her team for “completely unacceptable” tweets about Israel.

Mrs Phillips said if she failed in her bid to replace Jeremy Corbyn, she would like to serve under her rival Lisa Nandy, the MP for Wigan.

“I think that we need a woman leader of the Labour Party so I’m going to say Lisa Nandy.”

She also said Edinburgh South MP Ian Murray has one of the “most credible cases” to be deputy leader, and that she would not vote for shadow justice secretary Richard Burgon.

“But I wouldn’t rule anybody out,” she added.