Japanese billionaire Yusaku Maezawa has set up a website to search for a female "life partner" to accompany him on Space X's first ever tourist voyage to the moon.

Maezawa, who launched Japan's largest online fashion retail website Zozotown in 2004, recently split up from actress girlfriend Ayame Goriki. He now says he wants to share the experience of being the first civilian passenger to fly around the moon with a "special" woman.

"I have lived exactly as I've wanted to up until now. For 21 years, I've been working running around as a company president, causing lots of people to worry along the way, but also receiving a lot of love and support from people, too. In the end, I've been able to put a temporary end to that brilliant life as company president," he said on the website.

"I'm sure I've been able to acquire my share of money, social status, and fame along the way. But now I'm restarting my life. I'm 44 now. As feelings of loneliness and emptiness slowly begin to surge upon me, there's one thing that I think about: Continuing to love one woman." 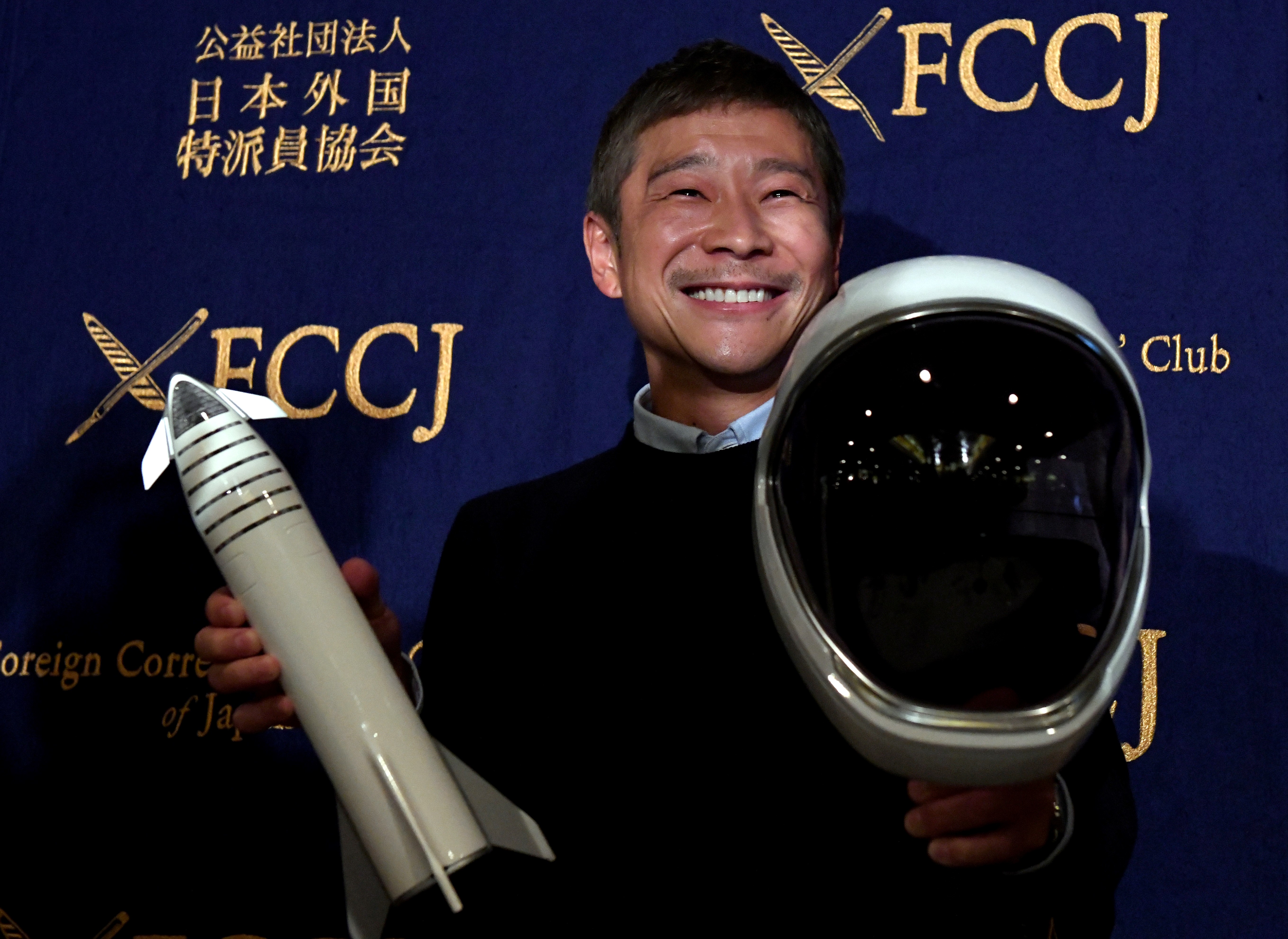 In 2018, it was announced that he would be the first civilian to fly around the moon on the Starship rocket, which is planned for 2023. It will be the first journey to the moon by humans since 1972.

Earlier this month, Maezawa promised to share his wealth with his Twitter audience — pledging to share 100 million yen ($925,000, £725,000) between 100 randomly selected people who shared one of his tweets.

Applications to be his female "life partner" close on 17 January 10am local time and after a mapped out process, he will make his final decision by the end of March this year. Candidates have also been set a number of conditions:

"I started to think that this was a good chance to seriously face up to the idea of "continuing to love one woman" which I'd only really had a hazy image about. I made my decision and finally decided to go on the program.I want to find a "life partner". With that future partner of mine, I want to shout our love and world peace from outer space," said Maezawa.

READ MORE: The global space business is worth $415 billion