How the palace set the rules for working royals 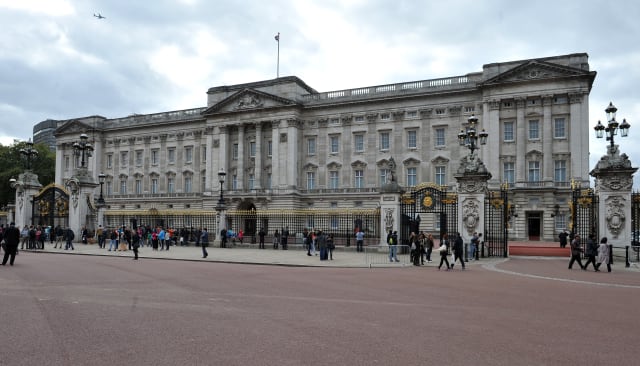 The Duke and Duchess of Sussex would need to have their business activities approved by the most senior official in the Queen’s household, if they follow guidelines aimed at ensuring working royals do not exploit their status to profit in business.

The rules were devised almost 20 years ago to avoid accusations of cashing in on royal positions.

They could be used to form the basis of Harry and Meghan’s working life, as the Queen holds a summit to find a solution for a dual role.

– What are the rules?

They were established in 2001 after an inquiry when the Countess of Wessex was accused of cashing in on her royal status in a bid to win business for her PR firm from a “fake sheikh” undercover reporter.

The rules advise royals to first consult the Lord Chamberlain before taking on a new business activity, meaning Harry and Meghan would, under these guidelines, have to do the same.

This could create issues depending on how independent they wish to become.

The Lord Chamberlain – currently the Earl Peel – is the most senior official of the Royal Household.

The stricter safeguards focused on allowing working royals to undertake official royal engagements alongside – but separately from – their professional careers.

As per the rules, the Lord Chamberlain has to approve new business activities.

He would have to recommend against a royal accepting an invitation to an official engagement which could not be kept entirely separate from any aspects of the business activities of that royal.

– Are there any other guidelines?

The guidelines also stressed that anyone connected with a business activity “should be carefully briefed not to try to exploit, either deliberately or inadvertently, the member of the royal family’s position, associations or access”.

The review suggested that firms employing royals should:

– Appoint a watchdog with non-executive directors to identify “danger areas”.

– Consider proper managerial, legal and public relations capacity to deal with the risk.

– Carry out checks on unknown prospective clients or business partners to ensure that they are genuine.

Should Harry and Meghan begin to work for any global brands, this would mean the firms would be advised, in keeping with the royal rules, to take such steps.

– What about television and media?

A list of approved career options was not created, but at the time aides accepted that the Earl of Wessex, who ran a television production company, and the countess worked in areas prone to accusations of exploitation.

This does not bode well for Meghan, with her background in acting, if she hopes to pursue any broadcasting work.

– What about a register of royal business interests?

Critics at the time said the reforms did not go far enough and that the royals should be banned from business outright.

There were also calls for a register of royal interests, listing the business interests or shareholdings of members of the royal family, but this was not introduced, with palace officials saying it could lead to unofficial endorsement.

– What did Buckingham Palace say at the time?

A palace statement in 2001 said: “Of course there are going to be difficulties. Members of the royal family will always be open to accusations of exploiting their royal status and it will never be possible to prevent entrapment, subterfuge, innuendo or unfair allegations.

“But this is no reason for not moving forward and accepting that this is a modern challenge for the monarchy and the royal family in the 21st century.”

It also said strict guidelines were difficult to put in place because each matter had to be examined on a case-by-case basis, and that it was up to the royals themselves how to apply the advice.

– Why were the rules created?

The reforms followed a lengthy review by a palace committee led by the then Lord Chamberlain, the former politician Lord Luce.

The review happened after Sophie was embroiled in controversy when she was tricked by a “fake sheikh” undercover reporter offering a lucrative contract for her public relations firm R-JH.

Sophie hinted that if the “sheikh” paid for R-JH’s services he would get greater publicity because of her royal role.

The revised guidelines allowed the countess to continue in business, but with stricter safeguards.

In the end, Sophie and Edward gave up their businesses to become full-time royals in 2002.