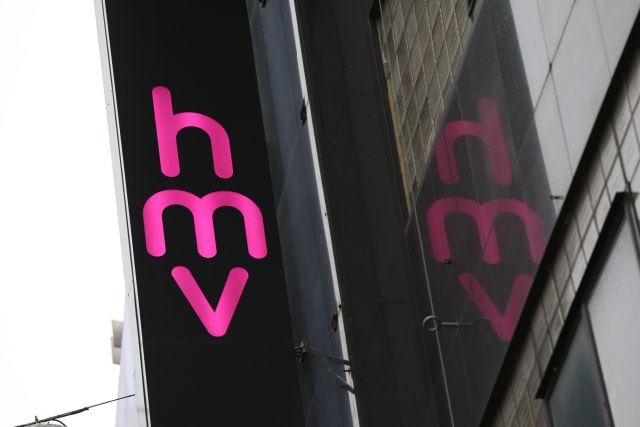 Five HMV stores which had been at risk of closing will now remain open after the company was able to secure new agreements with its landlords.

However, the music retailer warned a further three stores could still shut at the end of January unless new deals can be reached.

Two other stores – which the company previously said were also at risk – will shut at the end of the month, bringing the total due to close in January to five.

The company previously confirmed that its HMV Bury St Edmunds, Fopp Glasgow on Byres Road and HMV Nuneaton stores will shut at the end of the month.

HMV said that some stores were no longer viable due to “extortionate” business rates in certain locations.

The HMV stores that had been at risk of closure, but will now remain open are: Glasgow Braehead, Edinburgh Ocean Terminal, Reading, Sheffield Meadowhall and Grimsby.

The three stores still under threat of closure are Bristol Cribbs, Worcester and Merryhill.

Its Birmingham Bullring and Leeds Headrow stores will shut at the end of January, the company said.

The HMV Vault, which opened in Birmingham in October last year, and its store at the St John’s shopping centre in Leeds, will not be affected.

HMV said it was also relocating in Lincoln and Plymouth, with new stores opening in both cities at the start of February.

In a previous statement, the company said: “The closures are no reflection on our superb staff and where we are not able to come to a new agreement or relocate staff within the business elsewhere, unfortunately this does mean some of our staff will lose their jobs.”

HMV was purchased in a rescue deal by music mogul Doug Putman in February 2019 after it crashed into administration for the second time in five years in December 2018.