Whisky bosses head to US for crucial tariff talks 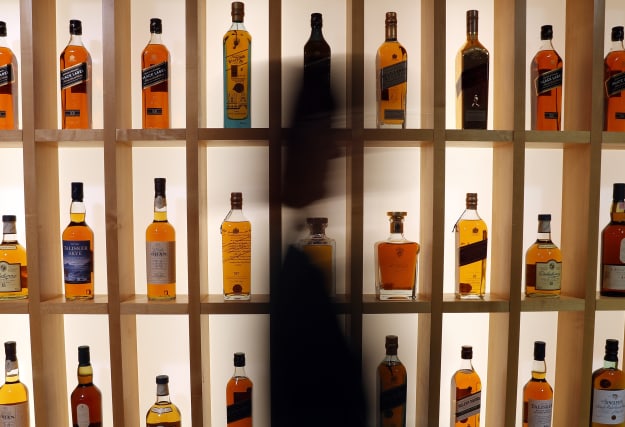 Whisky industry representatives are heading to the US for crunch trade talks amid fears the Trump administration could further hike tariffs on single malts.

The US imposed a 25% duty on Scotch whisky and liqueurs on October 18 as part of a long-running dispute at the World Trade Organisation (WTO) over aircraft subsidies.

A review of tariffs is now being carried out by the Office of the US Trade Representative, which could result in rates on single malts increasing.

Karen Betts, chief executive of the Scotch Whisky Association (SWA), will travel to Washington DC this week to meet key stakeholders to discuss the import tariffs.

She told the PA news agency: “There’s real concern about a rise in tariffs on Scotch whisky – a further rise could be devastating to distillers.

“We will speak to the US Government and urge them to lift the tariffs altogether – all the tariffs are doing is damaging the sector on both sides.

“Tariffs on whisky products also has an impact on the American economy.

“Price rises impact sales, which impacts on investment and jobs, and also has an effect on taxes.”

The Scotch whisky representatives will hold the talks in collaboration with the Distilled Spirits Council of the United States (DISCUS).

Meetings have been arranged with senior representatives from the US departments of trade, commerce and agriculture, aiming to increase the pressure on the Trump administration for the removal of whisky from the trade dispute.

Prime Minister Boris Johnson has already vowed to remove tariffs on US whiskey once the UK leaves the EU.

Single malt exports across the pond are worth more than £1 billion every year and the country is the industry’s most valuable market.

The Scotch Whisky Association has raised fears the added costs will lead to a reduction in the spirits crossing the Atlantic, putting jobs and investment at risk.

In the meantime, the SWA is calling on the UK Government to support the sector and mitigate the impact.

Rates on Scotch account for 62% of the total UK tariff bill, according to the whisky body.

A Department for International Trade spokeswoman said: “Retaliatory tariffs cause harm to British businesses and consumers on both sides of the Atlantic.

“This completely contradicts the more open business environment we are trying to create after Brexit and we have raised the issue at the highest levels of the US administration.”