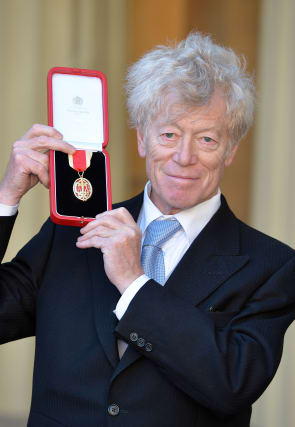 Sir Roger Scruton, one of the country’s most prominent conservative philosophers, has died aged 75 after a six-month fight with cancer.

The prolific intellectual – author of some 50 books on morals, politics, architecture and aesthetics – died on Sunday, with a family statement saying they are “hugely proud of him and of all his achievements”.

He was knighted for his services to philosophy, teaching and public education in 2016.

“Professor Sir Roger Scruton, the greatest conservative of our age, has died.

“The country has lost a towering intellect. I have lost a wonderful friend.”

Sir Roger made headlines last year after he was dismissed as a government housing tsar over a row about comments he made in a magazine interview.

But the father-of-two received an apology after the New Statesman admitted his views “were not accurately represented” on social media “to his disadvantage”.

“His work on building more beautifully, submitted recently to my department, will proceed and stand part of his unusually rich legacy.”

A statement on Sir Roger’s website read: “It is with great sadness that we announce the death of Sir Roger Scruton, FBA, FRSL.

“Beloved husband of Sophie, adored father to Sam and Lucy and treasured brother of Elizabeth and Andrea, he died peacefully on Sunday 12th January.

“He was born on 27th February 1944 and had been fighting cancer for the last 6 months.

“His family are hugely proud of him and of all his achievements.”

Sir Roger graduated from Cambridge University in 1965 and paid particular attention to aesthetics, architecture and music in his philosophical work.

He was appointed to a Government body called “Building better, building beautiful” to advise on improving modern architecture.

But he was dismissed from the role last year over a series of comments reported in the New Statesman.

He was reported as saying the Chinese were “creating robots of their own people”, but the magazine later clarified his criticism was of the restrictive regime of the Chinese Communist Party rather than the citizens.

Sir Roger also referred to a “Soros empire” in Hungary – a reference to Jewish billionaire George Soros – but the magazine did not include the rest of his statement that “it’s not necessarily an empire of Jews; that’s such nonsense”.

Sir Roger also repeated his claim that Islamophobia was a propaganda word “invented by the Muslim Brotherhood in order to stop discussion of a major issue”.

The magazine subsequently apologised for the way it had posted social media links to the article in which “the views of Professor Scruton were not accurately represented in the tweets to his disadvantage”.

Then-housing secretary James Brokenshire apologised to Sir Roger, writing in the Spectator he regretted dismissing the intellectual over what was a “clearly partial report of your thoughts”.