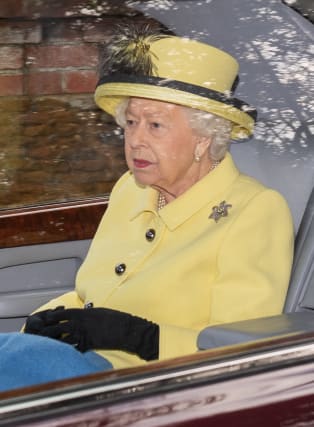 The Queen has sent a message of condolence to the Governor-General of Canada following the Ukrainian International Airlines disaster.

Iran has admitted unintentionally shooting down the aircraft which crashed near Tehran, killing all 176 people on board.

The majority of the victims were Iranians or Iranian-Canadians, while at least four are believed to be British nationals.

In her message to Governor-General Julie Payette, the Queen said: “Philip and I have been deeply saddened by the tragic loss of life following the crash of the Ukrainian Airlines aircraft in Iran.

“Our thoughts and prayers are with the people of Canada, which has suffered such a devastating loss.

“I extend my deepest condolences to the families, friends and colleagues of all those Canadians, and indeed other nationalities, who died, and to the many others who have been affected by this terrible event.”

Ukrainian International Airlines flight PS752 from Tehran to Kyiv came down on Wednesday, hours after Iran launched ballistic missiles at US bases in Iraq in revenge for the killing its top military commander, General Qassem Soleimani.

The position of Governor-General is considered the oldest public office in Canada, and dates back to colonial times when monarchs appointed governors to act as their intermediaries in state affairs.