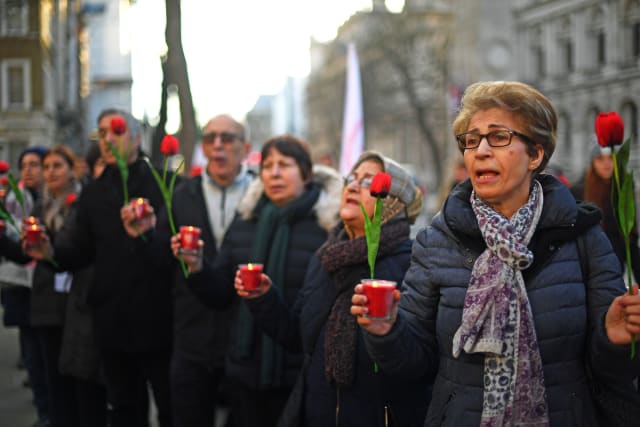 Boris Johnson has welcomed Iran’s admission it unintentionally shot down the Ukrainian aircraft which crashed near Tehran as an “important first step”.

The Iranian government had previously denied claims it was responsible for bringing down the aircraft with the loss of all 176 passengers and crew – including four British nationals.

However after Britain, the US and Canada all said they believed it had been hit by surface-to-air missiles, President Hassan Rouhani acknowledged the plane had been struck “due to human error” in an “unforgivable” mistake.

Ukrainian International Airlines flight PS752 from Tehran to Kyiv came down on Wednesday, hours after Iran launched ballistic missiles at US bases in Iraq in revenge for the killing its top military commander, General Qassem Soleimani.

In a statement, the Prime Minister said there now needs to be a “comprehensive, transparent and independent international investigation” into exactly what happened.

He said the Government will do everything it can to support the families of the British victims and ensure they get “the answers and closure they deserve”.

He said: “Iran’s admission that Ukraine International Airlines flight 752 was shot down by mistake by its own armed forces is an important first step.

“We now need a comprehensive, transparent and independent international investigation and the repatriation of those who died.

“The UK will work closely with Canada, Ukraine and our other international partners affected by this accident to ensure this happens.

“This tragic accident only reinforces the importance of de-escalating tensions in the region. We can all see very clearly that further conflict will only lead to more loss and tragedy.

“It is vital that all leaders now pursue a diplomatic way forward.”