Iran admits Ukrainian plane was shot down ‘due to human error’ 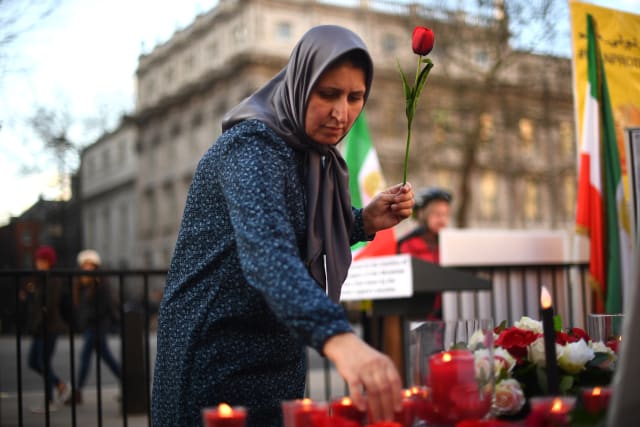 Iran has admitted unintentionally shooting down the Ukrainian aircraft which crashed near Tehran, killing all 176 people on board.

The Iranian government had previously denied accusations that it was responsible, but President Hassan Rouhani has now said missiles were fired “due to human error” and described it as “unforgivable” and a “disastrous mistake”.

US officials had already said the plane appeared to have been unintentionally hit by a surface-to-air missile near Tehran on Wednesday hours after Iran launched ballistic missiles at two US bases in Iraq to avenge the killing of its top general, Qassem Soleimani, in an American air strike.

All 176 people, including at least four believed to be British nationals, on board Ukrainian International Airlines flight PS752 from Tehran to Kyiv were killed when the plane came down moments after take-off.

A military statement carried by state media said the plane was mistaken for a “hostile target”, adding that the military was at its “highest level of readiness” amid heightened tensions with the US.

He added: “The Islamic Republic of Iran deeply regrets this disastrous mistake. My thoughts and prayers go to all the mourning families. I offer my sincerest condolences.”

Mr Rouhani blamed the tragedy on “threats and bullying” by the US after the killing of Gen Soleimani.

Foreign minister Javad Zarif said it was a “sad day”, adding: “Human error at time of crisis caused by US adventurism led to disaster.”

Ukraine’s president Volodymyr Zelenskiy said that his country expects “assurances” from Iran of a “full and open investigation, bringing the perpetrators to justice”.

He said Ukraine expected the “paying of compensation” and “official apologies through diplomatic channels”.

The majority of the plane crash victims were Iranians or Iranian-Canadians, while at least four of the victims are believed to be British nationals.

British citizens Sam Zokaei, Saeed Tahmasebi Khademasadi and Mohammad Reza Kadkhoda Zadeh were identified as among the dead on Wednesday.

Iran had ruled out a missile strike by its air defences and initially suggested the cause was a fire in one of the plane’s engines.

Iranian ambassador to the UK Hamid Baeidinejad told Sky News on Friday that he was “clear” and “confident” that the Iranian military was not responsible for the downing of the plane.

On Saturday morning, he apologised on Twitter for “conveying such wrong findings”.