Who are the key players in race to produce master plan for Harry and Meghan? 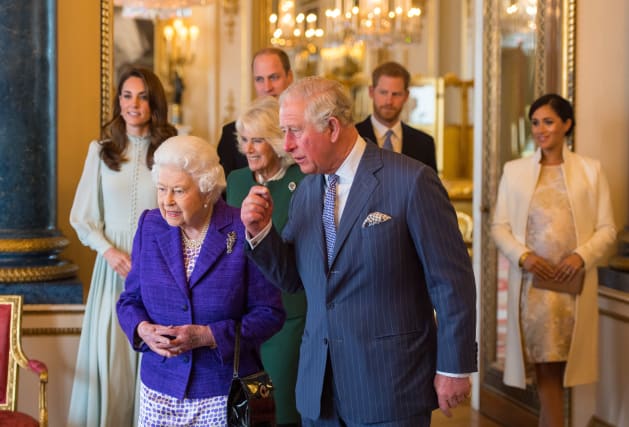 Who are the key players in the bid to solve the Duke and Duchess of Sussex’s breakaway problems?

Elizabeth II is head of state and head of the royal family, and will ultimately have the final say in the matter.

As the nation’s longest-reigning monarch, her experience and knowledge on the workings of the institution of the monarchy are unrivalled.

Through the decades, the Queen has weathered the Windsors’ many storms and is a symbol of stability both for the nation and within the royal family.

Although left hurt by Harry and Meghan’s actions, the Queen is not given to rash decisions, and will be approaching the problem in a calm and pragmatic way.

– The Prince of Wales

Heir to the throne Charles is the future king and currently bankrolls Harry and Meghan’s public duties through his £21 million-a-year Duchy of Cornwall income.

The prince is a caring, sensitive soul, and is said to be furious at how Harry and Meghan have handled the situation.

He is committed to his royal duty, but will also want his impetuous youngest son, who endured the loss of his mother Diana, Princess of Wales, when he was only 12, and Meghan to be happy.

– The Duke of Cambridge

When Harry turned 21, he described William as the one person on the planet to whom he could talk to about everything.

But talk of a falling out between the brothers, with William said to have urged his brother to not rush into marrying Meghan, has changed their once-close relationship.

William, who was said to be “incandescent with rage” at the Sussexes’ actions, is a future king, and his position within the royal family is vastly different from sixth-in-line Harry, who has moved steadily down the line of succession and has to carve out his own role.

With a settled family life with the Duchess of Cambridge and their three children and his work on mental health, homelessness, and conservation, William is viewed as a sensible and stable part of the monarchy.

– The Duke of Sussex

Harry has always been a favourite with royal fans, who have never forgotten the heart-rending image of the 12-year-old prince walking behind his mother’s coffin.

In his younger days, he was a royal liability – dabbling with cannabis, dressing up as a Nazi and brawling with a paparazzi photographer – before he pulled off a charm offensive as he carried out overseas tours on behalf of the Queen.

Kind and sensitive, Harry also brought humour to his engagements, and won plaudits for his charity work and his openness about his mental health struggles.

But his deteriorating relationship with the press amid his desire to protect his wife and son, and his rash approach to what he wants to achieve has led to one of the worst royal crises in modern history.

He will be intent on securing his goals as he negotiates the path which will dictate his family’s future.

– The Duchess of Sussex

Meghan may have flown back to Canada, but there is no doubt Harry will be in constant consultation with his wife as they work through the proposals on offer.

The intelligent, driven American former actress, who is just 20 months into her royal life, will be focused on achieving her key life goals.

Speaking about coping with intense tabloid interest, the duchess has said: “It’s not enough to just survive something, that’s not the point of life. You have got to thrive.”

The duke and duchess said in their statement, they want to “carve out a progressive new role”, and continue to “collaborate” with the Queen, who in fact leads the rest of the royal family rather working alongside them.

Sir Edward, who has worked for the Queen for 16 years, is responsible for supporting the monarch in her duties as head of state and is the channel of communication between the Queen and the Government.

Mr Alderton is a career diplomat who became Britain’s Ambassador to Morocco after a previous six-year stint as an aide at Clarence House.

Mr Case was, as a leading civil servant, previously tasked with trying to solve the border issue in Northern Ireland and Ireland during Brexit discussions.

Ms Mcilwham is a top diplomat and a former Ambassador to Albania.

Despite their experience, none will have encountered a task such as this before, and with the Queen and her heirs ordering them to find a workable solution in days, not weeks, the pressure is on.

– The Keeper of Privy Purse

Sir Michael Stevens oversees the monarch’s finances, and may be called upon to help work through the complicated problem of how Harry and Meghan will be funded.

The couple, who want to be financially independent, also want a dual role carrying out royal duties, which is currently funded using money from the Sovereign Grant for official travel and some other costs, and from the Duchy of Cornwall.

The Home Office with Home Secretary Priti Patel will help make decisions on security, with the Metropolitan Police, which provides the royal family with their personal protections officers, also consulted.

The Foreign Office and Downing Street are likely to be discussing official visits and issues of representing the country.

The Treasury too will have to be party to sorting through the financial dilemmas Harry and Meghan’s plans have raised.

With the duke and duchess planning to split their time between the UK and North America, royal aides will go through the scenarios with the overseas governments, presumably Canada and possibly the US.

Harry and Meghan’s dream of a transatlantic lifestyle raises many issues, not least of all security, residences, the right to work in a foreign country, and whether those countries will have to cover any financial costs.

Harry and Meghan are preparing to launch their global charity venture the Sussex Royal Foundation, so their directors including businesswoman Karen Blackett and broadcaster Kirsty Young may also need to provide information for the crucial talks at some stage.