Poor Christmas for a Superdry weighed down by old stock 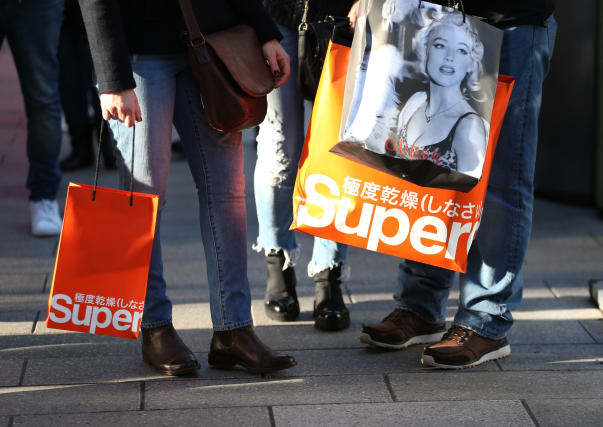 Superdry said that the old clothes left over by its former management team are to blame as it was forced to downgrade profits after a poor Christmas showing.

Revenue dropped sharply, by nearly 16% over the 10 weeks to January 4, the retailer said while store sales were particularly hard hit, falling 18.5%.

Despite a strong Black Friday, the period has been tough, Superdry said.

It comes as the business tries to charter a new course after a boardroom battle which saw the former management team replaced.

“Everyone at Superdry continues to work intensively to deliver the turnaround of the business,” said chief executive Julian Dunkerton, the company’s founder who returned in April last year.

“While we have always said it will take time, we continue to make progress in implementing our strategy.”

But having to fight discounts from rivals, the company floundered over the crucial Christmas period. It now expects underlying profit before tax to be between £0 and £10 million.

The business said it was “encouraged” by customer reaction to the clothes ranges the new management team has brought out since stepping up. However, this was not enough to offset the drag of old stock, which it is trying to sell off.

Meanwhile, there were shortages of some of the better-selling ranges.

The full impact of the new lines will be seen when Superdry launches its autumn/winter 2020 range, the company said.

“A key element of this is to focus on and return to full price sales and reduce promotional activity, and we halved the proportion of discounted sales over our peak trading period, benefiting both our margins and the Superdry brand,” Mr Dunkerton said.

“However this adversely affected our sales during the peak trading period given the level of promotional activity in the market.”

Online revenue fell 9.3% while wholesale dipped 16.9% in the 10-week period. The business is expected to present results for the full year in July.