Man jailed for duping Royal Navy into buying kit unfit for use in £1.4m fraud 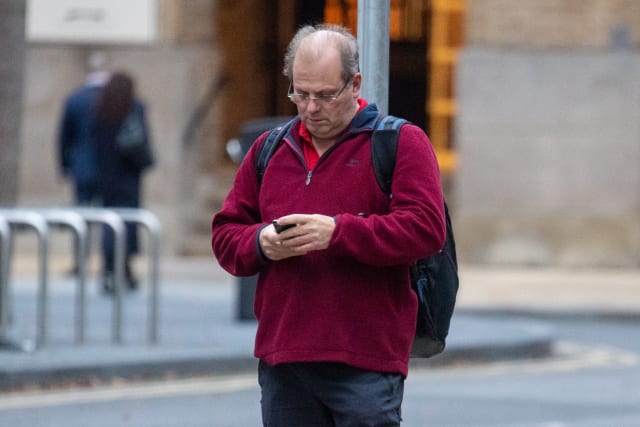 A company boss who endangered troops and cheated the Ministry of Defence by selling it equipment unfit for purpose in a £1.4 million planned fraud has been jailed for three years and four months.

Carl Tiltman, 56, duped the Royal Navy into investing in underwater scanning technology after using fake test results to lie about its capabilities in his sales pitch.

Tiltman had persuaded his former employers the MoD to place orders for specialist sonar imaging devices and safety equipment worth around £1.4 million while chief executive of Dorset-based Subsea Asset Location Technologies (Salt).

He appeared in court wearing a red fleece jacket and cargo trousers as he was sentenced on Friday.

Judge Christopher Hehir told him: “Your offending was clearly very serious indeed and in breach of a very high degree of trust reposed in you by both your company and service personnel.

“The offending was protracted in time and caused or contributed to very substantial financial loss and damage… as well as causing some risk to the life and limb of service personnel.

“I’m entirely satisfied you caused a loss of half a million pounds of actual financial losses. It is likely that the losses you actually caused were far higher than that.”

Tiltman, of Hawkchurch, Devon, admitted fraud by false representation and fraud by abuse of position in November.

Prosecutor John Greany said: “The deception started in earnest in May 2017 and at that stage Mr Tiltman gave formal presentations about making specific claims about what the scanning equipment could achieve.

“Results… had been fabricated by Mr Tiltman.

“Not all of the roughly £1.4 million that might have been lost was in fact lost.