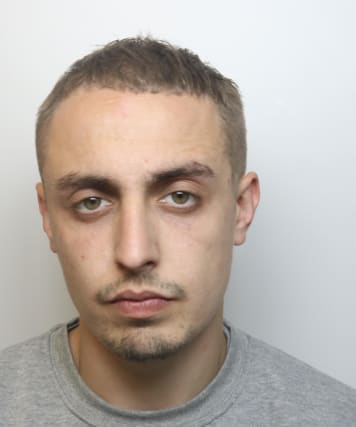 A labourer who “used his car as a weapon” and killed an ex-Royal Marines sergeant major in a road rage incident has been sentenced to an extended prison term of 16 years.

Tarkan Agca, of Watford, Hertfordshire, drove off after hitting 63-year-old Andrej Szaruta, from Bridgwater, Somerset, sending him “high in the air” and causing him to suffer a fatal head injury.

Sentencing the 24-year-old at Winchester Crown Court, Mrs Justice May told him: “You drove at him, in effect using your car as a weapon, causing him to suffer the injuries that led to his death, all in the sight of his family.”

She added: “Your actions have changed their lives forever, no sentence I pass can bring back Mrs Szaruta’s husband and their children’s father.”

The judge added that she considered Agca a “dangerous” offender and said he needed to address his “serious anger management issues”.

Agca, who entered a plea of guilty to manslaughter last month, was sentenced to 11 years in custody with an extended licence of five years and was banned from driving for 10 years and four months and ordered to take an extended retest.

Kerry Maylin, prosecuting, told the court that Mr Szaruta was travelling with his wife, Susan, and daughter, Rachel, in his silver Mercedes along the A303 near Stonehenge in Wiltshire, heading to London for a Father’s Day and birthday celebration with their son, Christian.

Agca’s BMW “tailgated them” and undertook them before “squeezing” in front and braking so hard that it was like an “emergency stop”, the court heard.

Ms Maylin said Mr Szaruta beckoned to Agca to pull over to a slipway by the A303 Solstice Park services and Mr Szaruta walked over towards the BMW where he was hit by the car and thrown into the air.

She said Mr Szaruta’s daughter witnessed the incident and told police: “My dad had his hand on the bonnet, he went up on the bonnet and high up into the air.

“Dad was carried a car length on the bonnet.”

Ms Maylin said another witness saw Agca driving off “far in excess of the 70mph limit” and “skipping between cars”.

The court heard that Agca had 13 previous convictions for 28 offences with several relating to road rage incidents which involved tailgating and attacking vehicles, and in one incident he spat at a driver.

Anthony Berry QC, defending, said Agca was “deeply remorseful” and explained that he came from a background where he was “beaten with planks of wood and pool cues” from the age of five by his father.

Mrs Szaruta said in a statement read to court that she suffered flashbacks and added: “I have lost my husband, my best friend and have to cope with the trauma of what happened.”

Rachel Szaruta said her father, a facilities and operations director, was “the most kind-hearted and bravest man” she knew and “he didn’t deserve such an ending”.

The victim’s family said in a statement: “Andy was a sergeant major in the Royal Marine Commandos for 22 years, gaining medals for serving in the Falklands War, two tours in Northern Ireland, and a Nato medal during the Bosnian war.”