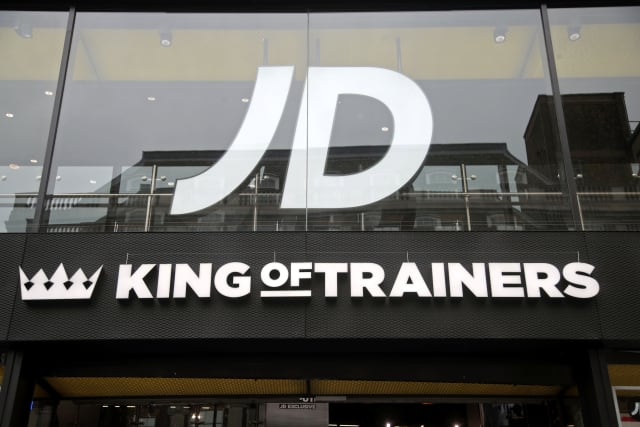 JD Sports said it expects annual profits to be at the higher end of forecasts after posting “encouraging” sales growth over the Christmas period.

The sportswear retailer said it saw positive like-for-like sales across its fashion businesses, with particular growth overseas, during the key retail period.

It said that growth was particularly encouraging given the “backdrop of widely reported retail challenges in the group’s core UK market”.

JD Sports added that the performance of its international business throughout January will be particularly important to its overall position in these markets.

In a brief trading update, JD Sports said it is “confident” that full year pre-tax profits will be between £403 million and £433 million.

The retailer saw its share value more than double during 2019, leading to its admission to the FTSE 100, as it shrugged off high street turmoil to continue rapid sales growth.

JD posted 10% like-for-like sales growth for the first half of the current financial year, as its bosses said it was boosted by premium products and online sales.

The company’s new trading update comes as JD faces scrutiny from the competition watchdog over its plan to acquire rival Footasylum in a £90 million deal.

“The statement highlights the widely reported retail challenges in the core UK market, a theme we have heard all week in the trading updates.

“The statement lacks specific trading figures but the tone of the statement is positive and we note that there is another upgrade from the company.”

Shares in the company were flat at 826.6p in early trading.