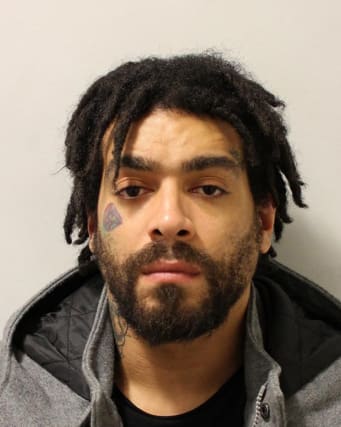 A bungling jewellery robber has been jailed for seven years and four months for snatching £21,000 of gold rings and earrings during a “fiasco” caught on CCTV.

He and two accomplices had struck while shop assistant Valentina Ivanova was alone in the Green Lanes store.

Ms Ivanova was manhandled, put into a headlock and dragged to the ground before breaking free, pressing the panic button and locking herself in the toilet.

The robbery turned into a farce when the defendant and a second suspect “panicked” and kicked the security door when they found themselves briefly trapped.

The third man managed to open the door which locked again before he too could escape.

He banged on the door and eventually a member of the public, who knew nothing of what had happened, held the door open so he could get out.

Prosecutor Tayo Hassan told the court the robbers made off with gold jewellery worth nearly £21,000, causing £5,000 of damage.

Afterwards, Ms Ivanova said she felt “scared and shocked” and more nervous of dealing with customers.

Elliott, from Luton, was caught after police identified a distinctive tattoo on his neck reading “I still stand strong”.

During the robbery, he disguised another tattoo on his cheek by wearing sunglasses, the court heard.

He was on licence at the time of the jewellery shop raid and had previous convictions for other robberies.

Earlier this year, Elliott, from Luton, pleaded guilty to robbery and appeared at the Old Bailey to be sentenced by Judge Mark Dennis QC.

Judge Dennis said: “This was a planned and organised robbery, however much of a fiasco the latter part of it turned out to be.”

He told Elliott he was his “own worst enemy”, having committed the robbery just months after being released on licence.

He said: “In many ways, looking at your past you would appear to be your own worst enemy.

“You need to understand just how frightening this was for your victim. Imagine yourself being set upon by three determined adults in a confined shop as we have viewed on CCTV.”

The judge imposed a sentence of seven years and four months in jail plus three years on extended licence.

Police have renewed their appeal to the public for help to identify the two accomplices who remain at large.