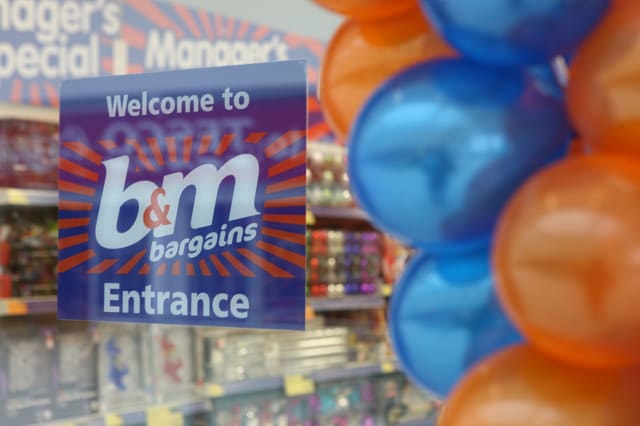 B&M shares slipped lower after the discount retailer said sales were “slower than anticipated” in the run-up to Christmas.

The high street chain said like-for-like sales at B&M UK stores increased by 0.3% over the 13 weeks to December 13.

It said the modest growth came amid “a challenging broader retail market”, while the company also decided “not to engage in any early discounting activity”.

B&M said total revenue growth at its UK stores increased by 8.8% as it was buoyed by a raft of store openings.

The company said it opened 15 new stores during the quarter and is set to open a further six B&M stores in the current period.

He added: “Against the backdrop of a difficult UK retail environment with reduced shopper footfall and political uncertainty, our core B&M UK business generated continued growth and delivered a record level of peak season sales.

The company’s Heron retail business opened five new stores in the period as it “traded well” over the past three months.

B&M said total sales across the European group increased by 9.3% as it hailed progress at its Babou arm, while sales slipped at its German Jawoll business.