Where could Harry and Meghan spend their time after royal ‘step back’? 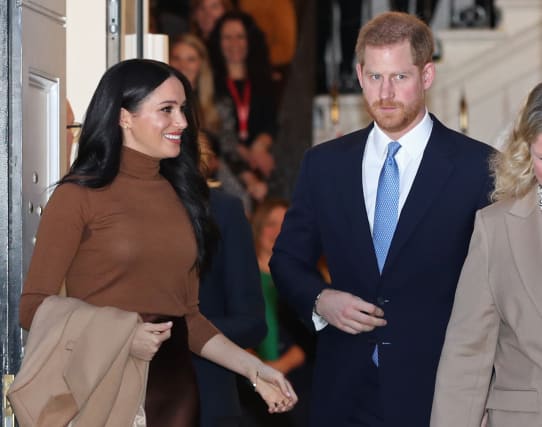 As palace staff have been told to work “at pace” and with governments to help secure a “workable” future role for the Duke and Duchess of Sussex, where could the couple choose as their home?

Harry and Meghan have said that, as they step back from their senior royal roles, they plan to split their time between the UK and North America.

They say they will base themselves at their Frogmore Cottage home on the Windsor Estate when in the UK.

Here are some of the locations across the Pond they could choose for their time abroad.

The duke and duchess recently returned from a six-week stay in Canada over the Christmas break.

The couple stayed in British Columbia, and at one point were spotted hiking on Vancouver Island.

They publicly thanked the Commonwealth country for their “unbelievable” visit, and Meghan said on a visit to the Canadian High Commission on Tuesday: “I want to say happy new year and thank you, and as my husband said, my goodness it was just such an incredible time we were able to have there, and with our son too.

“And just to be able to take in the warmth that we experienced from the people, but also just to walk around and just see the beauty of Canada.

“To see Archie go ‘ahhh’ when you walk by, and just see how stunning it is – so it meant a lot to us.”

The tot was pictured in his father’s arms in front of some beautiful scenery.

Their trip meant that they missed the Queen’s annual Christmas gathering at Sandringham.

The duchess called the Canadian city home before she moved to London full-time.

One of the benefits of moving to Canada for Harry and Meghan is that the country is a realm of which the Queen is monarch.

The duchess was born and raised in Los Angeles, California, and the west coast city could also be an option.

Meghan is also known to be close to her mother, Doria Ragland, who still lives in the area.

If she were to make a return to acting – although there are no suggestions that way – the city is also known for its television and film-making industry.

The couple also have Mexico, where Meghan’s father, Thomas, is known to live. But any reunion is unlikely, as the pair have not spoken since before her marriage to Harry in May 2018.