Training tower used by thousands of submariners to go into retirement 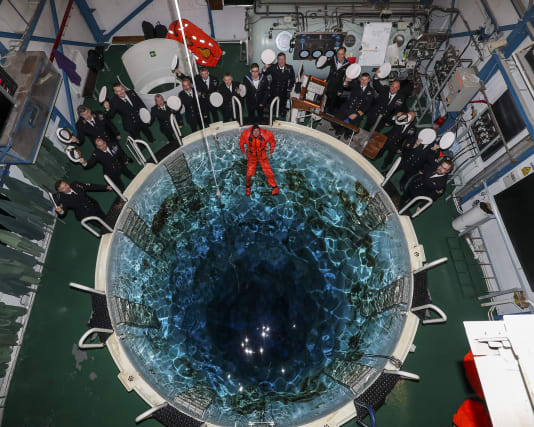 A training tower which has helped tens of thousands of submariners learn potentially life-saving techniques to escape a stricken submarine is being retired.

The Submarine Escape Training Tank (Sett) at Gosport, Hampshire, has been used by the Royal Navy since July 13 1954, but is being replaced with a new training centre at the submarine service’s base in Faslane, Scotland.

The Sett is a 100ft column of water which simulates emerging from a sunken submarine by subjecting the submariner to the same underwater pressures as would be experienced at sea.

They are expected to escape without breathing apparatus but using a specially designed escape suit to help them breathe.

The tower was built between 1949 and 1953 as part of a wholesale revamp of submarine escape training, prompted by a report drawn up by Captain Phillip Ruck-Keene just after the Second World War.

The Royal Navy stopped pressurised ascent training in the 900,000-litre tank in 2012, but still uses the facility for non-pressurised drills and teaching. It is due to formally close next month.

Following the move to the new survival training centre in Scotland, the Sett at Fort Blockhouse will be preserved as it is a listed building.

The new facility includes a huge “abandonment and sea survival training environmental pool”, where various weather conditions and sea states can be replicated.

Lieutenant Commander Gareth “Griff” Griffiths, in charge of the training team, said: “It’s a poignant moment for all of us.

“We’re looking forward to carrying the lessons of our past many years into the future of submarine escape, rescue, abandonment and survival training.

“Our success is due, in no small part, to our commitment to one another and the unique perspective of being submariners.”