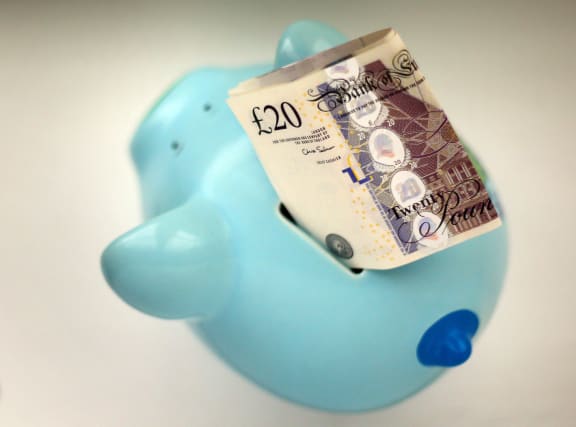 Savings providers will have to set a single rate across their easy access accounts under proposals from the City regulator.

The Financial Conduct Authority (FCA) hopes this will help longstanding customers, who often end up on paltry interest rates.

The proposed shake-up would prevent firms from gradually whittling down rates on some loyal customers’ accounts over time.

Instead, firms would be required to pay longstanding customers the same rate as customers who had recently come off an introductory offer and were deciding whether to switch or stay with their current product.

Under the proposals, firms would still have the flexibility to offer multiple introductory “teaser” rates for up to 12 months to attract customers.

The new single rates would kick in after accounts have been open for 12 months, at the latest.

Consumers stand to collectively benefit by £260 million from higher interest payments as a result of the proposed changes, the FCA estimates.

Martin Lewis, founder of MoneySavingExpert.com, said that as banks would be free to set rates themselves, they “could still be lower than a limbo dancer’s belly”.

But he continued: “It should mean it will be far easier for anyone with an old account to find their rate.

“It’ll also make it easier for me and others to shine a light on the poverty of interest many banks pay loyal savers – this can then be used as a clarion call to urge more people to ditch and switch, and to expose poor-paying banks to try and heap pressure on them to improve.”

Mr Lewis continued: “There’s also the concern that some savings providers currently have rates that stay higher for longer than a year.

“There needs to be a carve-out in the regulation to let providers do this, rather than making every provider push rates down to the single easy access rate after 12 months – a point we’ll make clear to the FCA.”

The FCA has previously raised concerns that competition is not working well for many of the 40 million people who hold either an easy access savings account or easy access cash Isa.

It said many longstanding customers currently receive poor outcomes – and it wants firms to focus more on these savers.

A previous study by the FCA found providers have significant amounts of consumers’ savings balances in accounts opened more than five years ago, yet these accounts pay lower interest rates than those opened more recently.

Research from Hargreaves Lansdown has found 46% of savers do not know what interest rate they are earning on their money.

“But the rate is still going to be pretty parsimonious, and it comes at a cost to all other savers – who need to up their switching game to avoid missing out.”

Andrew Hagger, a finance expert at Moneycomms.co.uk, said: “Longstanding customers may see a slight improvement in rates, but the cost implication of this move could mean lower rates for new customers.”

Jenny Ross, editor of Which? Money, said: “Switching is complicated by firms offering a huge array of products at different rates, often with unclear pricing information, so it’s right that the regulator is intervening with the introduction of a single easy access rate.

“The FCA must now closely monitor how this rate will work in practice.”

Laura Suter, personal finance analyst at investment platform AJ Bell said banks will no longer be able to “quietly ratchet down interest rates they pay on cash savings over time, in the hope that customers won’t notice”.

She continued: “This means that the most vulnerable customers, who aren’t as likely to shop around, should get a better deal.”

Christopher Woolard, executive director of strategy and competition at the FCA said: “We are concerned that many longstanding customers are seeing a poor outcome and we want firms to focus more on these customers.

“The new rate will also make it easier for savers to know whether they are getting a good deal after any introductory offer has expired.”

The regulator is consulting on the proposals and is seeking feedback by April 9.