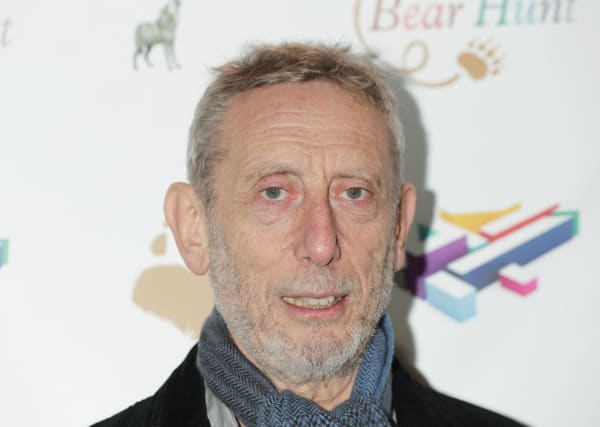 Play is a fundamental human right, Michael Rosen has said.

The children’s author and poet said that play should not be seen as an “add on”, or an “extra” as he urged adults and children to “get out there and play”.

Rosen’s comments come in a video by the British Psychological Society (BPS), which has said it is concerned that break times are being eroded.

In the video, called Right To Play, Rosen, a former Children’s Laureate who is best known for books such as We’re Going On A Bear Hunt, says: “Play isn’t an extra, it isn’t an add on.

“Play is a fundamental human right.

“Whoever you are, maybe you’re a mum, a dad, an auntie, an uncle or a grandparent, a child, a teenager, a teacher, whoever you are, let’s get out there and play.”

The video also features primary school children talking about why play is important to them.

In a second video on How Play Changed The World, Rosen says: “Play is really, really important for me.

“I’ve spent all my life doing different kinds of play, but especially with words.”

He describes going into schools and encouraging children to play with words and sounds and to “make fun with them”.

Dan O’Hare from the BPS division educational and child psychology said: “Children’s break time has been reduced by 45 minutes a week in recent years, and one of the results is that eight out of 10 children now do less than one hour of physical activity per day.

“We are grateful to Michael Rosen and the children in the video for helping us make the case that play is vital for schoolchildren. Because play isn’t just a means to an end: it’s fundamental to children’s development and wellbeing.”

The study, carried out by University College London’s (UCL) Institute of Education compared data from 1,133 primary and secondary schools in 2017 with data collected in 2006 and 1995, looking at how school breaks and young people’s social lives have changed.

Five to seven-year-olds now have 45 minutes less break time per week than children of the same age in 1995, it found, while 11 to 16-year-olds have 65 minutes less.

The Department for Education has said that schools have autonomy to make decisions about the school day, but that pupils should be given appropriate breaks.

James Bowen, director of policy for the National Association of the Head Teachers (NAHT), said: “Breaks are essential for everyone in the school, and the negative impact on pupil-wellbeing is definitely a concern.

“It’s the unintended consequence of a number of factors.

“The school day is now jam-packed with tougher content and more obligations for schools to deliver. School budgets have been at breaking point for several years, so resources are stretched and the number of support staff available to cover breaktimes has been reduced.

“Everything points to a system under incredible strain at the moment.”