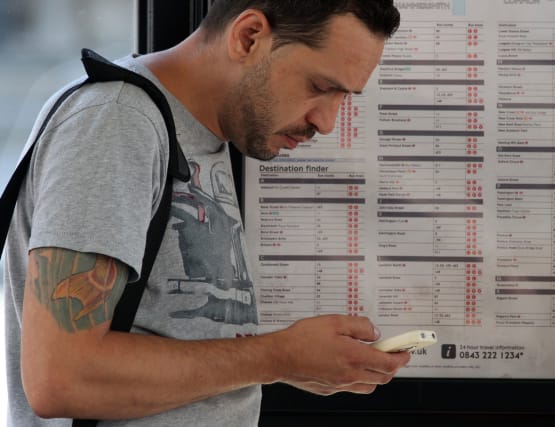 Millions of mobile users may not be receiving the quality of service expected from consulting a network’s coverage checker, it has been warned.

The Local Government Association (LGA) argues that allowing network operators to rely on computer modelling rather than real-life ground testing risks leaving telecoms firms free to “mark their own homework”.

Coverage checker websites show customers the signal strength they are likely to expect when entering a postcode.

Boris Johnson promised to make poor mobile phone signal a thing of the past if the Tories won the general election.

In the first 100 days, the Conservatives pledged to finalise a £1 billion agreement with mobile phone operators to pool existing phone masts and build new ones.

But the LGA is calling on the Government to give regulator Ofcom the powers to independently verify coverage, with local areas given annual speed and reliability health checks using on the ground testing.

It believes local government and holding providers to account is the best way to address coverage woes and improve connectivity across the country.

Councillor Kevin Bentley, chairman of the LGA’s people and places board, said: “Before the Government signs up to any new deal, we want to work with them to ensure that we can properly measure whether mobile operators are achieving coverage that improves mobile signal in the real world, rather than numbers on a spreadsheet.”

Shropshire Council has already looked into signal strength locally and has identified 28 areas where operators’ outdoor coverage claims fail to match the quality of coverage on the ground, the LGA said.

Hamish MacLeod, director at industry body Mobile UK, said: “Mobile operators are clear that coverage checkers provide guidance of the coverage that customers can expect, and that real-world coverage can be impacted by several variables.

“Continuing investment in our networks, planning reform, and finalising the Government’s commitment to the Shared Rural Network are all crucial to extending rural coverage, and we are acting towards achieving these goals.”

Caroline Normand, director of advocacy at Which?, said: “Along with transparency about when these coverage improvements will be delivered and accurate information about availability, Which? believes consumers must also have a real choice of providers in all areas to ensure that they truly see improvements in the service they are getting.”

An Ofcom spokesman added: “People can check mobile coverage from all four networks in one place, using our independent coverage checker.

“As well as checking operators’ data, we carry out tests on the ground to determine where people can get a strong, reliable signal.”