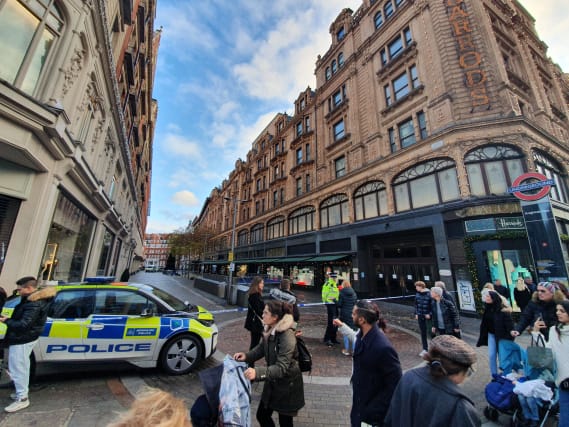 A man has been charged with the murder of an Omani student who was stabbed to death in a robbery near Harrods.

Badir Rahim Alnazi, 23, is also charged with attempted robbery and possession of a blade after Mohamed Abdullah Al Araimi, 20, was killed close to the luxury department store in Knightsbridge last month.

The victim, a King’s College politics and economics student, was knifed to death as he made his way home from a meal out with friends.

The Omani national, who was living in London, was pronounced dead in the early hours of Friday December 6.

In a statement following his death, his brother Salem Abdullah Al Araimi said: “Our hearts are eternally broken.”

Alnazi, of no fixed address, was arrested on Wednesday after handing himself in at a central London police station.

He is expected to appear at Westminster Magistrates’ Court on Thursday.