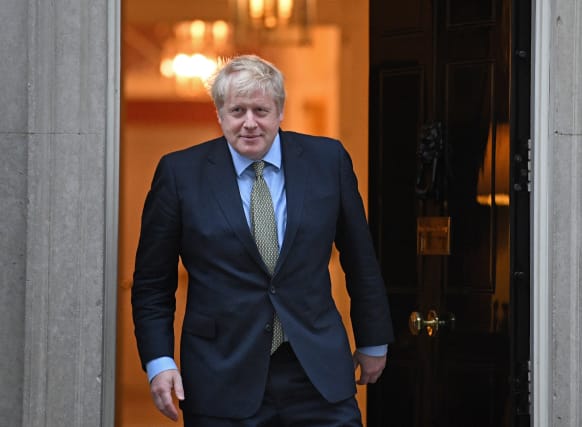 Boris Johnson has called for an end to hostilities in the Gulf in a phone conversation with Iranian President Hassan Rouhani.

The Prime Minister also said he remained committed to the nuclear deal with Tehran, despite US President Donald Trump’s call for the UK to break away from the arrangement.

During the 20-minute call, Mr Johnson also urged an end to the “detention and mistreatment” of jailed British-Iranian mother Nazanin Zaghari-Ratcliffe and other dual nationals held by Tehran, and demanded their immediate release.

Downing Street said the Prime Minister “underlined the UK’s continued commitment” to the troubled nuclear deal in the conversation.

On Wednesday, Mr Trump said the “time has come” for Britain, Germany, France, Russia and China to “break away” from the Joint Comprehensive Plan of Action (JCPOA) – the US president has already pulled out of the agreement which was aimed at easing sanctions in exchange for Iran not pursuing a nuclear weapon.

The Prime Minister’s official spokesman said: “The JCPOA is the best arrangement currently available to deliver upon our goal of stopping Iran from having a nuclear weapon.”

Foreign Secretary Dominic Raab, who held talks in Washington with US Secretary of State Mike Pompeo, acknowledged that Iran’s breaches of the JCPOA were becoming “acute”.

“We want to see Iran come back to full compliance and we will be looking at all measures including potentially triggering the DRM (the deal’s dispute resolution mechanism),” he said.

Mr Johnson’s call with Mr Rouhani came as tensions appeared to have eased following Tehran’s retaliation against the US over the killing of General Qassem Soleimani.

The Downing Street spokesman said: “They discussed the situation in the region following the death of Qassem Soleimani and the Prime Minister called for an end to hostilities.”

In the Commons on Wednesday, Mr Johnson said Gen Soleimani, who was killed by a US drone strike on January 3, “had the blood of British troops on his hands” because he had “supplied improvised explosive devices to terrorists”.

Following a missile barrage aimed at military bases in Iraq hosting US forces and troops from allies including the UK, Mr Trump suggested Tehran was “standing down” – signalling that the two sides were stepping back from the brink of war.