How other royals coped with life outside The Firm 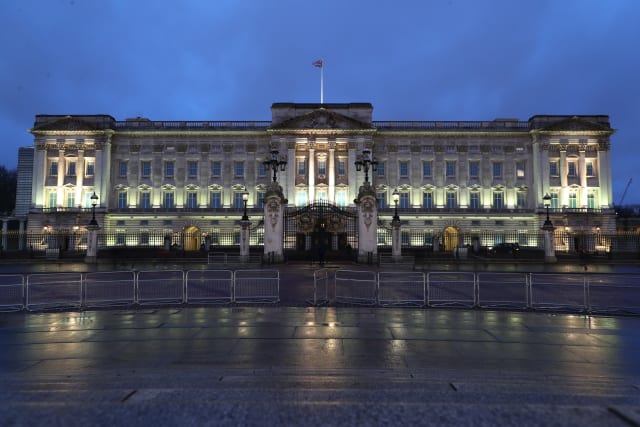 The Duke and Duchess of Sussex plan to “step back” as senior royals and work to become “financially independent”.

Here is a look at how some members of the family have dealt with life outside the royal bubble due to life-changing decisions, and how others raised eyebrows by choosing to do something that was perhaps viewed as not the royal way.

Prince Harry’s great-great-uncle abdicated over his love for Wallis Simpson in 1936.

Neither the royal court, the government nor the church would accept a twice-divorced American as queen.

Edward became the Duke of Windsor and finally married Mrs Simpson while in exile in France in 1937, but none of the Royal Family attended.

Mrs Simpson became the Duchess of Windsor but was never permitted to adopt the style of a HRH.

If Edward VIII had remained king and fathered children, it is unlikely Elizabeth II would ever have become monarch.

The Duke and Duchess were not invited to the Queen’s coronation in 1953.

But they were pictured watching it on TV at the Paris home of an American millionairess.

Harry’s mother was one of the most photographed women in the world and was known for her fashion sense.

But she also hit the headlines for her troubled marriage to the Prince of Wales and their subsequent divorce, her affair with cavalry officer James Hewitt and the Panorama television interview in which she laid bare many of her problems such as bulimia.

Charles confessed to an affair in an interview and book with Jonathan Dimbleby, and then Diana gave the Panorama interview in which she said of her relationship with Charles “there were three of us in this marriage” and questioned his suitability as king.

It prompted the Queen to urge them to divorce, which they finally did in 1996. Diana was stripped of her HRH title.

In her final year she resigned from most of her charities and began her anti-landmine campaign, visiting minefields in Angola and travelling to Bosnia.

Diana split from heart surgeon Hasnat Khan, whom it is claimed she had wanted to marry, and began a relationship with Dodi Fayed, son of tycoon Mohamed Al-Fayed, who at the time owned Harrods department store.

The Mercedes she was travelling in with Dodi was being pursued by the paparazzi after leaving the Ritz Hotel in Paris, when it crashed in the Pont de l’Alma tunnel.

The Duke of York quit public life in November 2019 in an unprecedented move for a royal in modern times after staging a disastrous BBC Newsnight interview about his association with convicted sex offender Jeffrey Epstein.

He was criticised for showing a lack of empathy towards Epstein’s victims and a lack of remorse over his friendship with the disgraced financier.

He denied an alleged sexual encounter with Virginia Giuffre, who claims she was trafficked by Epstein, saying he had no recollection of meeting her and had been at a Pizza Hut in Woking instead.

Time will tell how Andrew chooses to deal with life outside the royal fold.

Sarah brought renewed vigour to the monarchy in the 1980s alongside Diana, but struggled to come to terms with the rigorous disciplines of royal life after marrying Andrew.

Six years after they wed, in March 1992, it was announced that they were to separate.

Five months later, the Queen’s peaceful annual holiday at Balmoral was shattered by publication of the “toe sucking” photographs.

A topless Duchess of York, wearing just bikini bottoms, was pictured cavorting with John Bryan – her “financial adviser” – who was seen kissing the sole of her foot as she reclined on a sun lounger.

Sarah and Andrew eventually divorced in May 1996, but they have remained close friends, and Sarah has described herself and the duke as being “the happiest divorced couple in the world”.

In the years that followed their divorce, Sarah was said to have struggled with money problems.

She turned her finances around by working in America, including acting as a spokeswoman for Weight Watchers for 10 years from 1997 and writing a series of children’s books and self-help and lifestyle guides.

But in 2010 she was caught up in the cash-for-access scandal, offering to sell an introduction to her ex-husband for £500,000 to an undercover reporter posing as a businessman.

The exuberant mother of princesses Beatrice and Eugenie celebrated her 60th birthday in 2019 and recently admitted to having cosmetic surgery.

The duchess still lives at Andrew’s home, Royal Lodge, in Windsor Great Park, and there is frequent speculation they will remarry.

– The Earl and Countess of Wessex

When Sophie Rhys-Jones – now the Countess of Wessex – wed the Queen’s youngest son Prince Edward, now the Earl of Wessex, in 1999, her intention was to combine her public relations career with her royal standing.

But just three years later, following a storm of controversy and devastating rows within the Royal Family over Sophie and Edward’s dual roles, both stepped down from their businesses.

The couple said they were severing all connections with their firms to support the Queen during her Golden Jubilee year and would then take on more charity work.

They had long been accused of cashing in on their royal status, with Sophie’s bid to win business from a bogus Arab sheikh for a public relations firm triggering a major review of the royals’ commercial conduct.

Edward also sparked a bitter feud with his brother the Prince of Wales when a team from his company Ardent Productions were found filming at St Andrews University shortly after Prince William began studying there.

Years earlier, in 1987, The Firm came together for a royal It’s A Knockout, organised by Edward.

He persuaded the Princess Royal and Duke and Duchess of York to dress up and perform slapstick feats for the TV game show.

It raised more than £1 million for charity but was seen as an embarrassment to the Royal Family.

Edward stormed out of a press conference after it received a muted reaction from reporters and photographers.