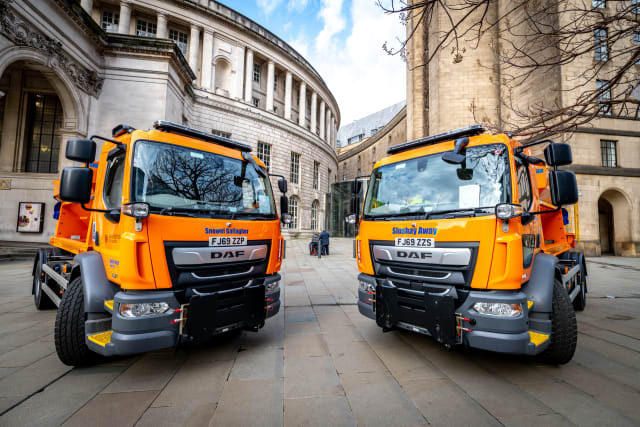 A new fleet of eight gritters in Manchester have been named by the public after a Twitter poll.

Manchester City Council’s call for name suggestions received more than 2,000 suggestions. The 24 best options were then put to the public on Twitter to find the most popular.

Councillor Angeliki Stogia, executive member for the environment, planning and transport, said: “So many suggestions were received that it was hard to whittle them down, but the public decided on some cracking names for our new gritters – including a Mancunian connection in ‘Snowel Gallagher’.

“Our investment in these vehicles will help to ensure that our roads, footways and cycle lanes are kept safe and accessible in the face of harsh weather.”

The council said “track my gritter” technology will soon be available on its website, allowing Manchester residents to check if one of the gritters has been salting their area.