Dublin – Irish language measures will not offend anyone 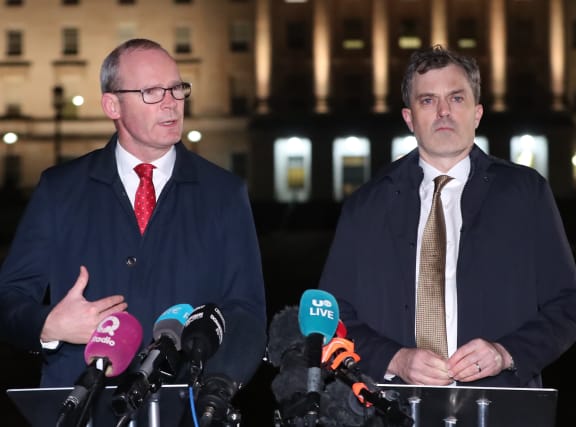 Irish language measures in the new proposed deal will not offend anyone, the Dublin Government said.

Irish Foreign Affairs Minister Simon Coveney said: “We have put an enormous amount of thought into trying to bring forward solutions to very sensitive issues but also at the same time respond to legitimate demands and concerns.”

He said the Irish language did not belong to any one community or identity.

“We are trying to bring about a situation where anybody who wants to learn to speak the Irish language or Ulster Scots or neither, that no one feels pressurised.

“We have effectively put a proposal in place that I believe can work, that won’t offend anybody but at the same time will introduce legislation through amending pieces of legislation so that we amend the Northern Ireland Act to accommodate some change that will involve legislating for the Irish language.”

Northern Ireland Secretary Julian Smith said while some had called for action on Irish language others were worried.

“We will take the next few hours to read, fully analyse and unpack tonight’s proposals.