Clive Lewis: No question of Labour opposing IndyRef2 if there is a mandate 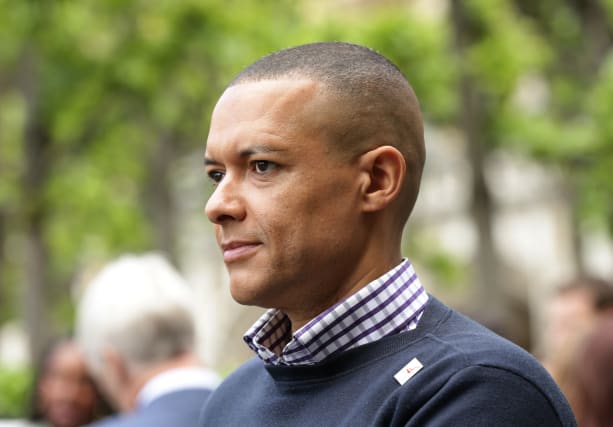 There should be “no question” of Labour opposing a second Scottish independence referendum if there is a mandate to hold one, a candidate for the party’s leadership has said.

Clive Lewis, who represents Norwich South, said it is not for him as an English MP to “dictate to Scotland” what form its government should take.

Writing exclusively for pro-independence newspaper The National, Mr Lewis insisted however that radical federalism with maximum autonomy for Scotland would be the best solution for all UK nations.

Scottish Labour has set out its opposition to another independence referendum, although some within the party have suggested that a rethink of its position is needed.

Mr Lewis said: “It is little surprise … that many Scots see themselves not as partners in a union of equal nations, but as a country shackled instead to a dysfunctional political system that is costing them dearly.

“Given the option to exit the UK, it is little wonder that so many now support independence and, given the prospect of at least five years of Tory rule imposing a Brexit that Scotland did not vote for, the question of independence and a second referendum is unavoidable.”

He added: “In the words of the 1989 Scottish Constitutional Convention, supported by Labour MPs, I believe ‘in the sovereign right of the Scottish people to determine the form of government best suited to their needs’.

“It is not for me, as an English MP for an English constituency, to dictate to Scotland what that form of government should be, and there should be no question of Labour opposing a second independence referendum if there is a mandate to hold one.”

The Labour MP added: “It remains my conviction, nonetheless, that radical federalism, with the maximum possible autonomy for Scotland, would provide the best solution for all the constituent nations of the United Kingdom.

“This is because my politics is driven by a belief in building alliances and, whether in the UK or in Europe, I believe we are stronger when we work together.

“But I want to be part of a union where everyone feels heard and their needs are accounted for. We have to be honest and admit that this simply isn’t the case at the moment.”

Speaking on the BBC’s Good Morning Scotland programme earlier this week, Jess Phillips, another candidate for the Labour leadership, outlined her opposition to a second independence referendum.

She said: “I don’t think we should have another referendum on Scottish independence – 53% of the Scottish public in the general election did not vote for a party that was promoting independence.

“I think that we should be talking about things that are relevant to the lives of people in Scotland.

“I can’t see a circumstance where I think it would be better for Scotland to leave the UK.”