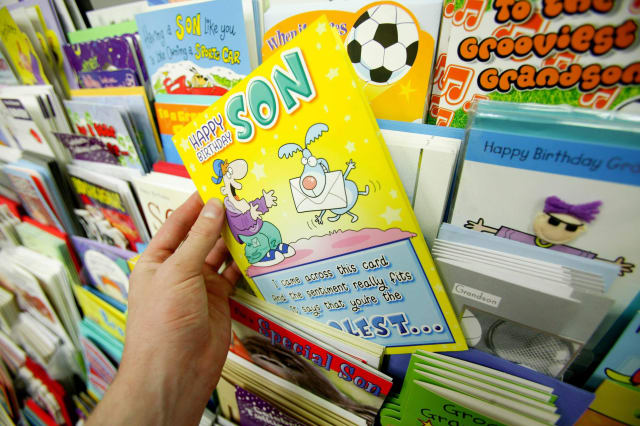 Card Factory shares have plunged after the retailer slashed its outlook on the back of weak Christmas trading.

The high street firm said its performance over the key festive period was “softer than anticipated” amid “challenging” conditions.

It blamed the continuing drop in high street footfall, which it said was maintained as result of the General Election and “weak” consumer sentiment.

The retailer said it partially offset footfall decline by improving product quality and the size of transactions, but like-for-like sales for the 11 months to December declined by 0.6%, accelerating from a 0.1% drop in the same period a year earlier.

New store openings resulted in a 3.6% increase in total revenues as it added 47 outlets to take its total estate to 1,019.

Card Factory said it expects to post underlying earnings between £81 million and £83 million for the current full year, a decline from £89.4 million last year.

The company added that it also expects declining footfall, weakness in sterling and cost rises to press down on earnings in the 2021 full year.

Karen Hubbard, chief executive of Card Factory, said: “Our investment in our customer experience, operational efficiency and data to improve our ranges has helped us to mitigate some of the effects of the tougher retail environment and higher costs experienced in the year.

“We plan to invest further in the business, enhancing our ability to operate more efficiently, service new sales channels and increase our competitive advantage, enabling a return to profit growth after the next financial year.”

Rival firm Clintons was rescued from administration last month, saving around 2,500 jobs, as it was also impacted by the decreasing number of shoppers on UK high streets.

Figures released by the British Retail Consortium on Thursday revealed that 2019 was the worst year on record for high street retailers, as overall sales fell for the first time.

Shares in Card Factory dived 22.5% to 108.5p in early trading on Thursday after the trading update.