Who were the three Britons killed in the Ukrainian plane crash? 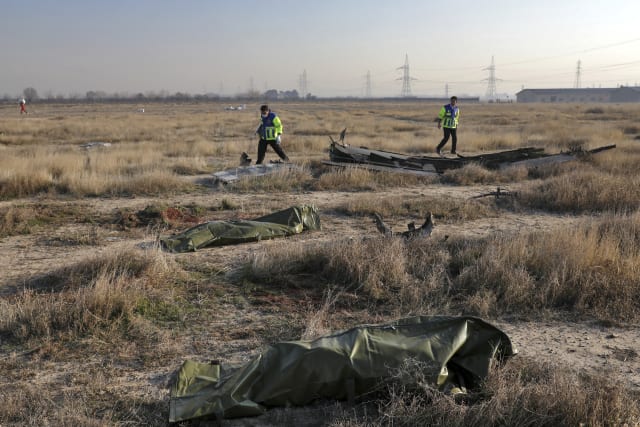 Reservoir engineer Mr Zokaei, 42, from Twickenham, London, was on holiday from working at BP’s site at Sunbury-on-Thames in Middlesex, the oil firm said.

Mr Zokaei worked at the company for more than 14 years, moving through a number of roles, according to his LinkedIn profile.

He graduated from Heriot-Watt University in Edinburgh in 2004 with a masters in petroleum engineering, it added.

BP said in a statement: “With the deepest regret, we can confirm that one of our colleagues at BP, Sam Zokaei, was a passenger on the Ukrainian International Airlines plane that crashed in Iran this morning, reportedly with no survivors.

“We are shocked and deeply saddened by this tragic loss of our friend and colleague, and all of our thoughts are with his family and friends.”

ICL said that Mr Tahmasebi played a leading role on projects including high rise buildings, railways, airports and Ministry of Defence installations, both in the UK and internationally.

Mr Tahmasebi married his Iranian partner, 34-year-old Niloufar Ebrahim, last year. She was also named among the casualties by the airline.

A spokesman for the university added: “We are deeply saddened at this tragic news.

“Saeed Tahmasebi Khademasadi was a brilliant engineer with a bright future.

“His contributions to systems engineering earned respect from everyone who dealt with him and will benefit society for years to come.

“He was a warm, humble and generous colleague, and close friend to many in our community.

“Our thoughts and sincere condolences are with Saeed’s family, friends and colleagues, as well as all those affected by this tragedy.”

Staff at a pet store near the dry cleaners which 40-year-old Mr Kadkhoda Zadeh ran paid tribute to him as “a lovely man [with] a lovely smile”.

“Before he left we were chatting and he said ‘do you realise I have been here so many years?’.”

Mr Edgington, who works at the store with his wife Nola, said they were told what had happened on Wednesday morning by Mr Kadkhoda Zadeh’s staff.