Universities should take better action on harassment and misconduct – watchdog 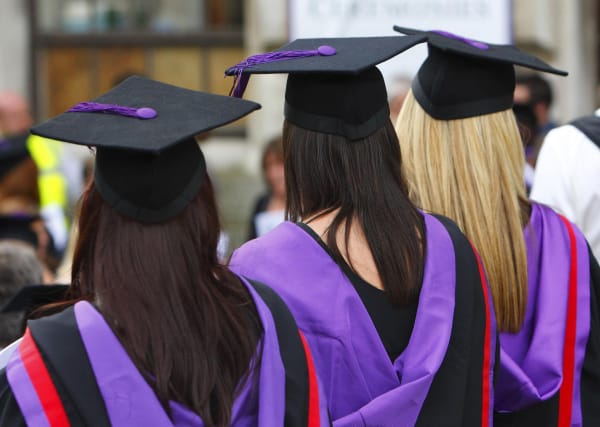 Universities could face sanctions if they fail to deal with reports of harassment and sexual misconduct.

Students who face unwanted behaviour are often not getting the support they need, and systems for reporting incidents are not clear or effective, according to the Office for Students (OfS).

The watchdog has set out a proposed list of expectations for universities and colleges, which says institutions should have proper policies in place to address complaints and make it clear to students and staff how they can report concerns.

The OfS’s proposals, which are now open for consultation, say there continues to be “widespread reports of ongoing cases of harassment and sexual misconduct which are not being adequately addressed by providers”.

It adds: “In particular, there is evidence of a lack of consistent and effective systems, policies and procedures in place to respond to reports of such incidents.”

The proposals say that institutions should clearly set out how they will prevent and respond to all forms of harassment and sexual misconduct, and the behaviour expectations they have of students, staff and visitors.

There should be proper policies and processes in place for students to report and disclose incidents, the consultation says, including easy-to-understand information on how to do so, and support if needed.

In addition, it says, the process for investigating incidents should be “fair, independent, and free from any reasonable perception of bias” and that training should be made available to staff and students to help prevent incidents and encourage reporting.

The OfS says it will keep a check on the situation by monitoring information from students, universities and colleges, and other bodies.

The proposals say that if the watchdog finds evidence that a university has failed to properly respond to reports of harassment and sexual misconduct then it could take action.

Universities and colleges must be registered with the OfS if they wish to access public funds, for example for their students to receive government loans for tuition fees.

The OfS has a range of powers to sanction institutions if they are found to have breached a condition of their registration, including financial penalties and revoking a registration.

“Too often students say they are not getting the support they need if they suffer this unacceptable behaviour, and that reporting systems are not clear or effective.

“Many institutions are taking concrete steps to address the issue and we have funded 119 projects across the country to develop initiatives and share them across the sector. But we need to do more for the students who are still being let down by ineffective procedures and inadequate support.”

She added: “Our proposed statement of expectations sets out the basis of fair, clear and robust processes that we expect all higher education providers to have in place to respond effectively to harassment and sexual misconduct. Where we see evidence of serious failings, we have the regulatory powers to intervene.”

The proposals say the regulator considers any unwanted behaviour or conduct which makes a person feel “offended, intimidated or humiliated” to be harassment if it happens because of someone’s age, disability, gender reassignment, race, religion or belief, sex or sexual orientation.

Sexual misconduct relates to all unwanted conduct of a sexual nature.

Vice-chancellors’ group Universities UK said: “Universities are committed to ensuring students and staff have a safe university experience, free from harassment and hate crime, which allows them to thrive in their learning and work.

“Universities welcome the opportunity to demonstrate the progress they are making on this important issue.”

The consultation comes amid continuing concerns about harassment and misconduct on campus.

In October, a report by the Equality and Human Rights Commission (EHRC) found that racial harassment is taking place at an “alarmingly high rate” across British universities,

At least 24% of ethnic minority students have experienced racial harassment on campus, it said, adding that many universities are unaware of the scale of the problem and over-confident in their ability to respond to it.

And figures obtained by the BBC in the autumn through Freedom of Information requests showed that reports of rape, sexual assault and harassment at UK universities have trebled in three years.