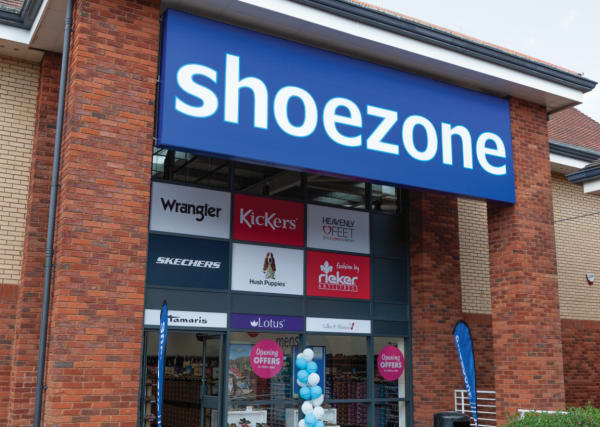 The value footwear retailer told the PA news agency that “maybe 20% of stores could close if rates don’t change”, with the firm securing rent reductions in order to protect the future of some stores.

Shoe Zone saw underlying pre-tax profits slip 15% to £9.6 million for the year to October 5 as it was hampered by rising costs.

The retailer said that high business rates have been a particular burden on the business and have weighed down on store expansion plans.

Anthony Smith, who was named chief executive after Nick Davis’s exit in August, called on the Government to act soon to stem current pressure on UK high streets.

He told PA: “We need a change to the rates system because the current cost of rates is too much for retailers, particularly in small towns.

“Current rates don’t reflect the market. All we want to see are rates which are aligned with the current rental property market.

“We are a business that is looking to really expand but our numbers haven’t really moved over the past year. We’ve opened about 20 stores and then closed around 20 over same period.”

Mr Smith added that the company paid more in business rates in 2019 than it did in 2009, despite slashing its store numbers from around 800 to around 500 during the 10-year period.

During the year, the retailer secured a 23.6% reduction on rents across its 60 town centre leases which were renewed.

Shoe Zone, which sells around 18 million pairs of shoes each year, reported a 0.9% increase in revenue to £162 million for the year, as it was boosted by digital growth and store openings for its larger Big Box format.

The company said it has seen a positive start to trading in the current financial year and is eyeing more Big Box openings in 2020.

Shares in the company slipped 3.7% to 156p in early trading.