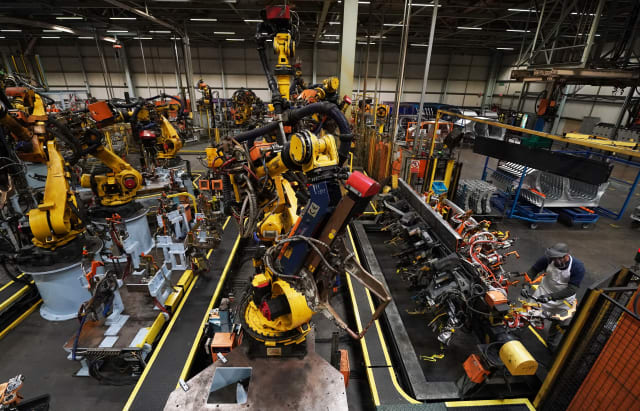 Labour productivity for the three months to September 2019, measured by output per hour, increased by just 0.1% compared with the same quarter a year earlier.

Productivity in manufacturing actually fell by 1.9%.

ONS head of productivity Katherine Kent said: “Although productivity grew on the year, the underlying picture is of sustained weakness since 2008, with growth over the past year being only a third of the average over the last 10 years or so.

“The significance of this continued weakness has now been recognised by the Royal Statistical Society, which named this poor productivity performance as its ‘UK Statistic of the Decade’.”

“A long period of uncertainty has sapped business leaders’ confidence to invest in the equipment and technology they need to drive productivity growth.

“Meanwhile, talent shortages and bottlenecks in our infrastructure have constrained our ability to catalyse economic activity. The UK’s decade-long struggle to raise its productivity game has in turn restrained wage growth.

“The Government’s spending ambitions for our broadband and transport networks offer some hope for uplift down the line, but long-term capital investments must not displace efforts to jump-start improvements to our business environment today.”

Matt Weston, managing director of recruiters Robert Half said: “The war for talent shows no sign of slowing down in 2020 and employers can expect to be at the receiving end of promotion and pay rise requests while top professionals will be fielding multiple job offers.

“In order to win the war for talent, employers will need to consider a flexible hiring strategy, looking at both permanent and temporary staff to bring a range of skills and experience to the team and help tackle any productivity challenges.

“The onus is also on employers to provide a competitive remuneration package that is attractive to staff.”

Cara Pacitti, of the Resolution Foundation, said: “A slight pick-up in productivity growth last summer can’t hide the stagnation of the past decade and even worse performance in 2019.

“Weak productivity is a major brake on rising living standards, now posing the biggest threat to the UK’s much needed pay recovery.”