#Megxit trends after Duke and Duchess of Sussex announcement 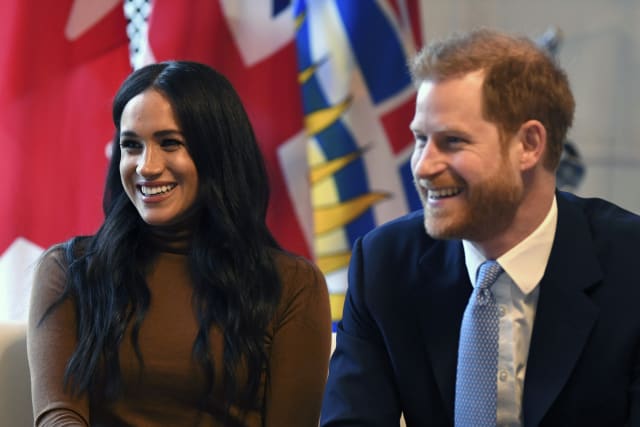 The hashtag “Megxit” trended on Twitter on Wednesday evening after the Duke and Duchess of Sussex announced they are to step back as senior members of the royal family.

Harry and Meghan said in a statement they “intend to step back as ‘senior’ members of the royal family and work to become financially independent”.

They also announced that they would share their time between the UK and North America.

Twitter users quickly picked up on how easily Meghan’s name fitted in with the portmanteau “Brexit”, which led to the announcement’s hashtag.

Fans of the Duke and Duchess of Sussex took to social media to discuss the news, with one Twitter user saying “first Brexit, now Megxit”.

The hashtag took off so quickly that one user joked that all of the good #Megxit puns had been taken already.

Harry and Meghan’s groundbreaking decision came in a statement, and the couple said they will work to become financially independent while continuing to “fully support” the Queen.

They also said that they would use the opportunity to launch a new “charitable entity”.

In their statement, they said: “After many months of reflection and internal discussions, we have chosen to make a transition this year in starting to carve out a progressive new role within this institution.

“We now plan to balance our time between the United Kingdom and North America, continuing to honour our duty to the Queen, the Commonwealth, and our patronages.”