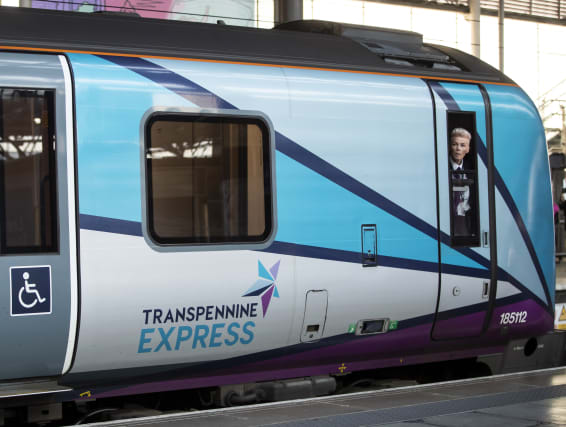 The operator announced this week it would issue refunds to season ticket holders as its recent performance was described as “completely unacceptable” by the Department for Transport (DfT).

It also announced it has cancelled dozens of services this month, and Transport Secretary Grant Shapps said he wanted an urgent meeting with the operator to discuss its services.

Speaking with reporters after a number of RNC members agreed with his proposal, Mr Burnham added: “The committee has addressed the idea of setting them a public deadline. We are now going to take a week or two to work out what form that takes.

Mr Shapps had been listed as attending on the agenda for Wednesday afternoon’s Transport for the meeting, but rail minister Chris Heaton-Harris took his place, with the Transport Secretary instead set to visit Leeds on Thursday.

Rail chiefs from TPE, Arriva, First Rail and Northern Rail attended the morning meeting and apologised for their recent performance as RNA members described services as “shoddy” and a “shambles”.

Steve Montgomery, managing director at First Rail, said: “We do apologise for the disruption caused to passengers.”

And Leo Goodwin, managing director at TPE, added that he “apologised unreservedly”.

Chris Burchell, managing director at Arriva, said: “I would also like to apologise for the service over the last couple of months.”

Mr Burchell said the performance was “not good enough and hasn’t been good enough for a couple of months”.

As well as TPE, the performance of Northern has been met with criticism – which was compounded when the Yorkshire Post said a leaked report showed the firm has asked to be allowed to miss targets in its franchise agreement as it would be “significantly late” in refurbishing its fleet of trains.

Mr Shapps has previously said Northern will have its contract ripped up and passengers will “not have to wait long” before action is taken due to services being “really bad”.

On Wednesday, Prime Minister Boris Johnson told the Commons that ministers are “developing contingency plans for a replacement for Northern rail”.

Office of Rail and Road figures show just 56% of Northern trains arrived at stations within one minute of the timetable in the 12 months to December 7, compared with the average across Britain of 65%.

TPE’s 3% rebate to season ticket holders comes after issues with the introduction of new trains.

During the meeting in Leeds, both Northern and TPE blamed a mixture of factors on the poor performance over the last couple of months, including infrastructure, delays in the delivery of new trains leading to a delay in training drivers, extreme weather and recent unprecedented levels of sickness.

Mr Burchell told the meeting they were involved in negotiations with drivers to implement a new contract regarding Sunday working in an effort to improve Sunday services.