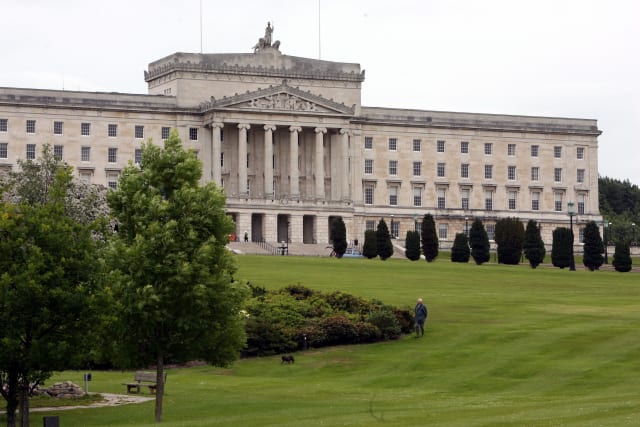 Here is a timeline of some of the key events in the three-year Stormont impasse:

The ministerial executive falls a week later and a snap election is called. A public inquiry is ordered into the RHI scandal.

Sinn Fein makes major gains in the snap Assembly election, cutting what was a 10-seat gap from the DUP to a solitary seat. The long-standing unionist majority within the Assembly goes.

A statutory deadline to form a new executive within three weeks of the election falls as the parties fail to agree a basis for re-entering government together.

Another deadline for agreement set by Secretary of State James Brokenshire passes without a deal.

Mr Brokenshire sets a third deadline for mid-May. A week later the deadline goes up in smoke when Theresa May calls a surprise snap general election. Talks are paused.

The DUP emerge from the election as Westminster kingmakers and agree a confidence and supply arrangement to prop up Ms May’s minority government.

Another talks initiative fails and the process is put in cold storage over the summer parading season.

Talks resume but are largely confined to engagement between the two main parties. Stormont’s smaller parties claim they are being kept in the dark.

Despite reports of some movement on the key stumbling blocks, a deal does not materialise.

Gerry Adams announces he is to step down as Sinn Fein president.

Mr Brokenshire leaves the government due to ill health. Former culture secretary Karen Bradley takes over at the Northern Ireland Office, announcing a new round of all-party talks.

Mrs May and Taoiseach Leo Varadkar travel to Stormont amid growing expectation a deal could be close. Their visit fails to deliver a breakthrough.

A few days later, talks break down in acrimony amid claims from Sinn Fein that the DUP had agreed a deal to return to Stormont, only to get cold feet. The DUP denies the claims.

She also rules out calling an Assembly election and says she will bring forward legislation to allow civil servants to make decisions in the absence of devolution.

Stormont parties meet for the first time since the breakdown of talks in February.

A month of fresh talks are triggered following the dissident republican killing of journalist Lyra McKee in Londonderry when a bullet aimed at police goes astray.

The place of the Irish language in society, same-sex marriage and abortion dominates the debate.

The DUP’s confidence and supply arrangement with the British Government comes under increasing strain over Brexit and the Irish border question.

Amid the slow collapse of Prime Minister Theresa May’s Government, Parliament legislates to legalise abortion and same-sex marriage as part of an Executive Formation Act.

The DUP and Sinn Fein’s share of the vote drops significantly compared to the 2017 general election – by 5.4% and 6.7% respectively – while the cross-community and anti-Brexit Alliance party enjoys a bounce in the polls.