A Leeds gang which stole more than £1.5 million worth of goods from lorries in a six month spree have been jailed for a combined 43 years.

Two members have also been sentenced for a ram raid at a jewellers in Leeds city centre which left staff terrified.

Eight people have been convicted of conspiracy to steal from lorries in a spree between November 22, 2017, and May 23, 2018, though investigators believe there are a number of others involved. 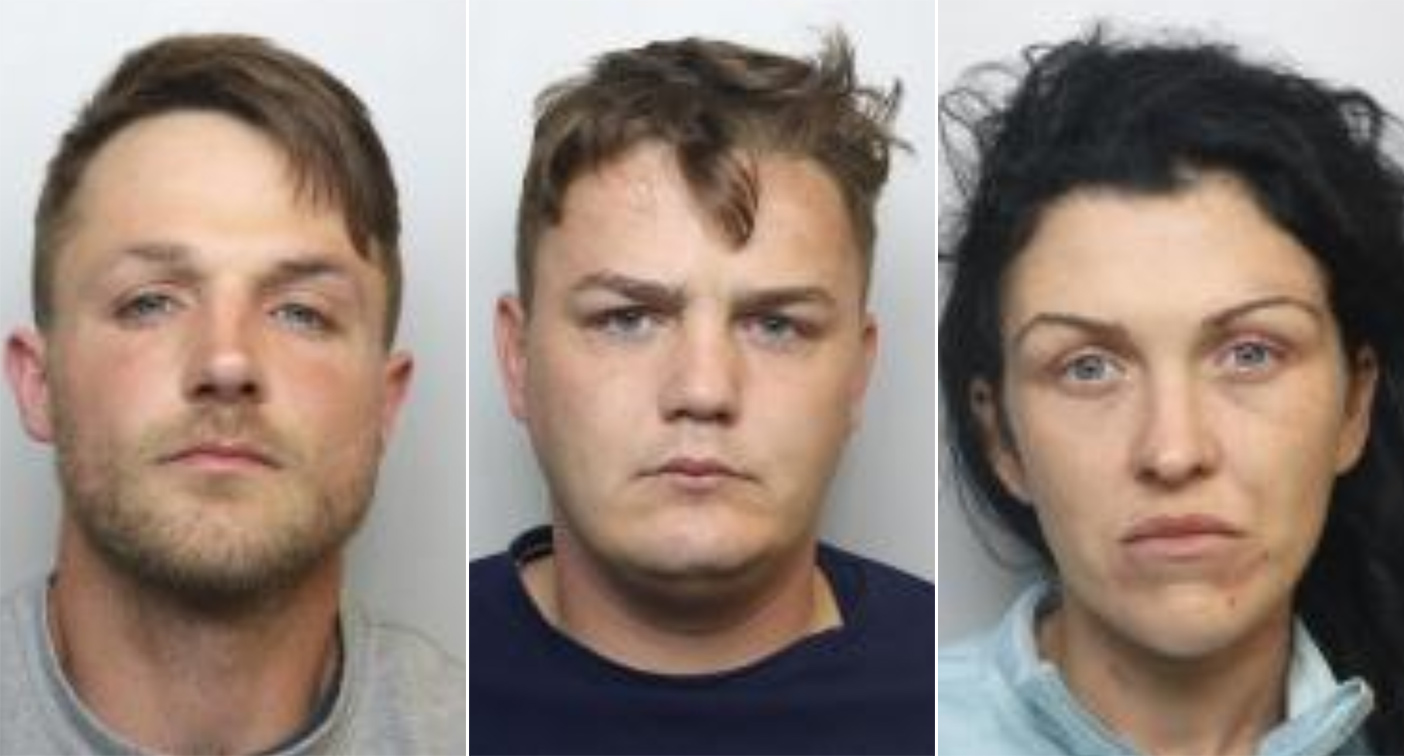 Inspector Mick Preston, who heads the Leeds East Neighbourhood Policing Team, which led the investigation, said: "The ringleaders of this group are prolific criminals with long offending histories who have been negative role models of the worst kind in their communities over a number of years.

"As these offences clearly illustrate, they are motivated purely by greed and care nothing for the harm and fear their behaviour causes to their victims."

The gang targeted vehicles while the drivers parked up for a rest break at service stations, motorways and roads across England.

They would either slash open the lorries' side curtain or force open the rear doors, unload pallets of goods and drive off with them.

Sometimes the gang members were challenged by drivers, but the drivers feared for their safety when confronting a large group, which would be armed with knives and metal bars.

The gang would make off with thousands of pounds worth of alloy wheels, tyres, power tools, hair straighteners, cosmetics, face cream, jewellery and clothing.

Their spree came to an end after officers investigating a drug supply network and began focusing on the home of Jade Brannan, in Colton, near junction 46 of the M1.

Officers found different vehicles linked to members of the gang were staying at her house and making regular overnight journeys all over the country, including the Thames Valley, Greater Manchester and the West Midlands. 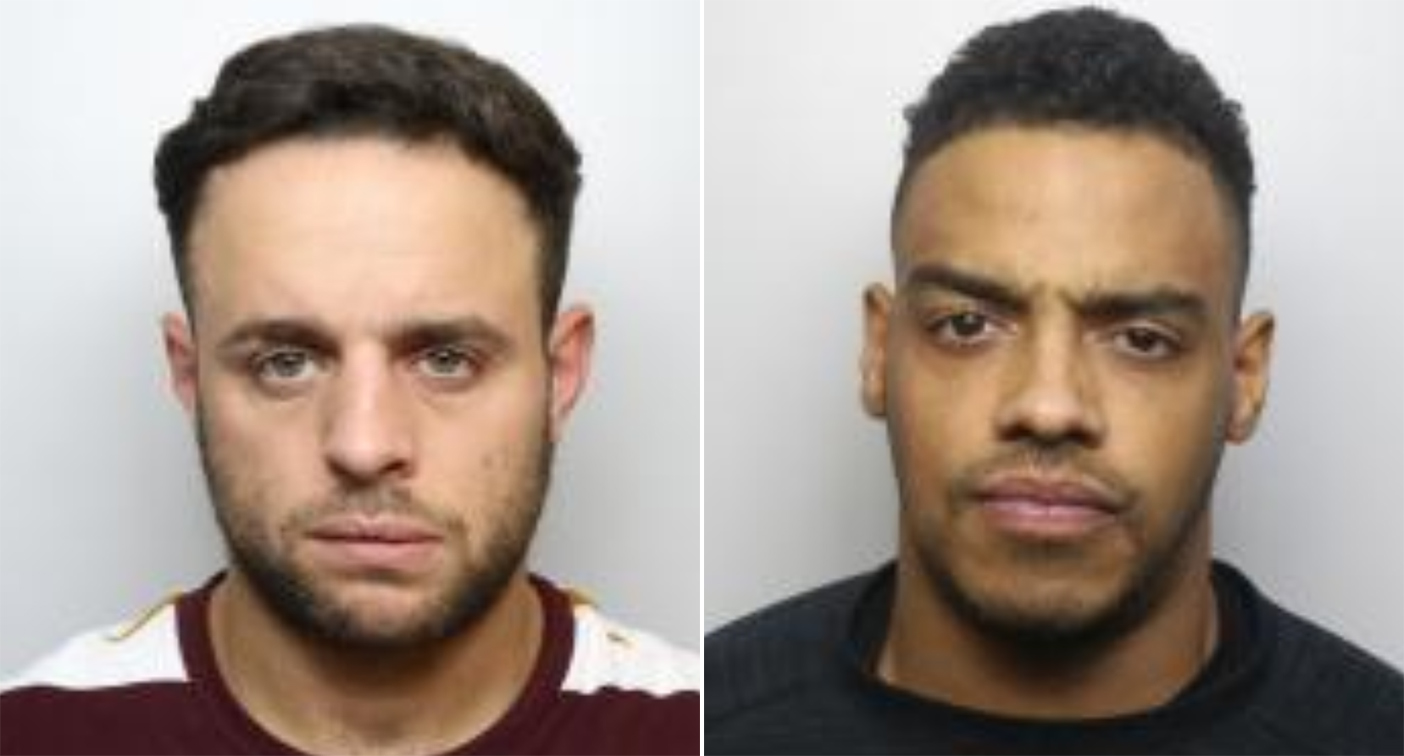 When checking with police forces in the areas gang members were travelling to, police realised their trips coincided with thefts from heavy goods vehicles and arrests were made.

Two of the members - John Kitchen and Kieran Marshall - were also sentenced for their daylight raid on Hyman's Jewellers in Call Lane, Leeds, in October 25, 2017.

Marshall reversed a red Ford Ranger 4x4 into the front of the shop, smashing into the building before Kitchen entered with a sledgehammer.

He warned staff to stay back as he went through the window display and stole a Rolex watch.

But as he carried out the theft, the shop's security shutter started to lower. Marshall, at the wheel of the 4x4, reversed to block it, and CCTV shows Kitchen getting hit and knocked over in the act.

Kitchen was found guilty of the raid at a trial in February last year, and has also been convicted of an armed robbery on a Thomas Cook branch in Rothwell in August 2017.

Three people armed with an axe, knife and a baseball bat threatened staff before stealing a large amount of cash in that robbery.

They were tackled by members of the public and a baseball cap was left in the scuffle. DNA on the cap led police to Kitchen.

Kitchen, 28, of Tarnside Drive, Seacroft, was identified by police as one of the two ringleaders of the lorry thefts gang.

He was sentenced to 15 years and eight months in relation to the robberies and the conspiracy to steal from HGVs.

Dominic Bailey, 30, of Potternewton Lane, Chapel Allerton, was the other ringleader. He has been jailed for four years and six months for his part in the conspiracy.

Inspector Preston said: "We hope the significant prison sentences they have received will help to reassure their victims and the wider community, and also send a warning to others who think they can commit serious crimes such as these without having to face the consequences.

"The successful conclusion of this case is an excellent example of the investigative police work undertaken by some very dedicated officers from my Leeds East Neighbourhood Policing team.

"I am very pleased with the outcome which is a direct result of all their hard work to bring to justice lawless individuals such as these and keep people safe."