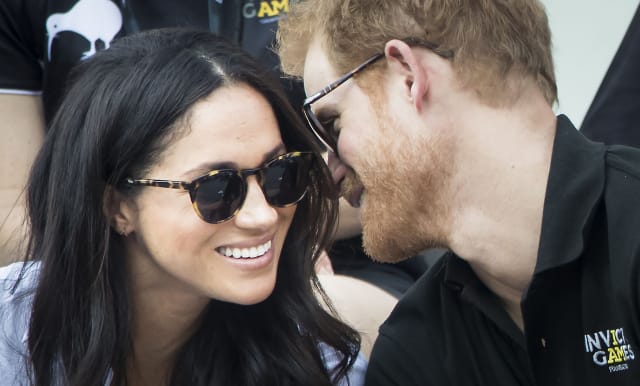 The Duke and Duchess of Sussex’s friend Tom Bradby has said the couple’s future is not a “done deal” but they could move to Canada.

The ITV News At Ten anchor said Harry and Meghan, who have returned from a successful extended break in the Canadian province of British Columbia, were keeping their plans “close to their chest”.

His comments follow speculation in the Sun newspaper the couple are considering basing themselves in the Commonwealth country for part of the year.

The tabloid reported the couple are due to meet senior royals in the coming days to discuss the plans which could include the long-term proposal to move their office to the country or even relinquish their His and Her Royal Highness titles.

Mr Bradby interviewed the couple for a documentary last year where they highlighted the pressures they have faced and Harry talked about his rift with his brother, the Duke of Cambridge.

Appearing on ITV’s Good Morning Britain show, the news anchor said about Meghan and Harry: “I think the truth is there’s a lot, I think, going on, there’s a lot going on within the royal family and I don’t know – and I’m not sure they know – what their future is going to be and what their position is…”

Asked about the claims by the Sun the couple are considering spending more time in Canada, Mr Bradby replied: “I don’t know the answer to that.

“It’s no big secret in their friends that they have been considering their options in the future.”

He added: “I don’t ask what their plans are and they keep that pretty close to their chest and understandably so.

“I don’t think it’s a done deal, that would be my impression.

“I think there’s a lot of talking to be done, there are a million possibilities, they could go to Canada.”

Any move to Canada, even for a period of the year, would throw up important questions about Meghan and Harry’s future within the royal family.

All members of the monarchy carry out their public duties in support of the Queen and they would likely have to take part in official events in Canada.

The cost of security for the couple would also be an issue, and as Canada is a realm, a country where the Queen is head of state, it may have to pay for keeping the couple and their son Archie safe.

The duke and duchess visited Canada’s High Commission in central London on Tuesday to thank Canadians for what Harry described as the “unbelievable” welcome they received while in the Commonwealth country for around six weeks.

Janice Charette, Canada’s High Commissioner to the UK, said the couple discussed topics relevant to them and Canada.

The High Commissioner said the royals talked about their holiday and “some of the things on their minds in terms of priorities for the next year and areas where they see maybe a shared priority with Canada.