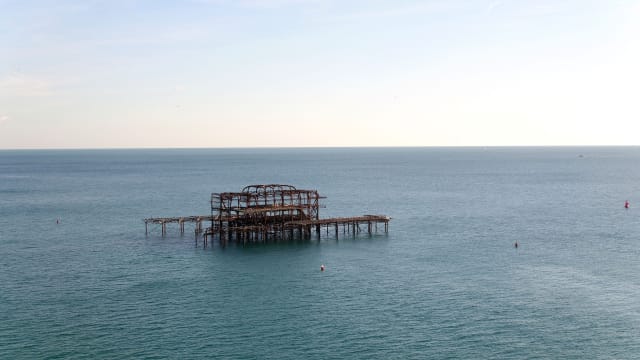 The wife of a Scottish businessman who lost contact with his family a month ago during a solo sail from Australia has made an emotional appeal for information on his whereabouts.

Colin Finnie, originally from Helensburgh in Argyll, had been aiming for Port Ghalib and was around 300 miles away when he last contacted his wife on December 7.

His boat, the sailing vessel Simba, was last known to be at Christmas Island in the Indian Ocean before it was found on a reef in the Red Sea on December 13.

The 67-year-old was once the owner of the Great Northern Hotel in Aberdeen and previously had a boat in the marina of his home city.

Rosie Kinkead made an emotional appeal for her husband in the Port Ghalib Community group on Facebook for more information as to why he was not found on board the vessel when it was discovered.

She wrote: “My husband, Colin Finnie was heading towards Port Ghalib in sailing boat Simba, a Nauticat 44.

“I lost contact with him last Saturday 7th when he was 300 miles away from his destination. He was in storms and low on fuel.

“I have been in contact with Foreign Office and Coastguard and the Egyptian authorities are actively looking for him.

“I know it’s a long shot but I am trying everything.”

The Scottish Sun reported on Wednesday that Mr Finnie was planning to be back in Scotland for Christmas having been travelling from Australia in September.

An update on Tuesday said: “Out of respect, and at the specific request of the family, Boatwatch.org has not been providing additional information on the website.

“If anyone has pertinent information, or may be able to help or assist the family in any way, please contact Boat Watch at Eddie@Boatwatch.org and we will forward the information to the family.

“Thanks to all who have contributed information to the family.”

A previous statement from the day of Ms Kinkead’s appeal said: “The call sign for the vessel is 9MXL3 and MMSI is 440 016 150 and she flies the Korean flag.

“The hull is white fiberglass with a pilothouse and the name SIMBA on the port and starboard bow.

“When a photo was taken of the vessel in a marina it had a full blue canvass cover. Two wind generators are mounted on the stern.

“It is possible to obtain a satellite AIS position report and Boatwatch.org is investigating that solution.”