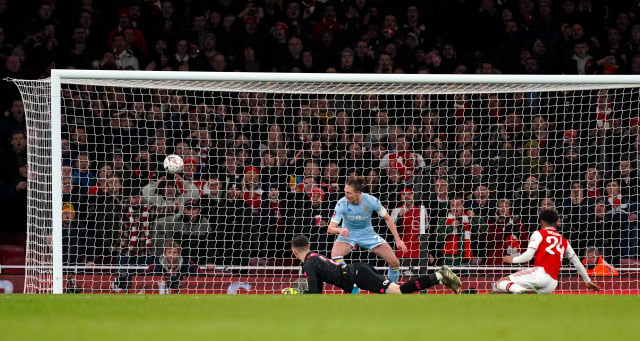 Culture Secretary Nicky Morgan has said she hopes the Football Association will “reconsider” after it allowed a betting company to broadcast FA Cup matches more than two years after promising it would end partnerships with gambling firms.

Bet365, which allows football fans to watch play if they place a bet via their app, has been showing matches since the start of last season.

The partnership drew criticism from viewers and campaigners over the weekend when all matches were delayed by a minute to promote the Duke of Cambridge’s mental health charity.

Ms Morgan tweeted: “This is a contractual matter for the FA & Bet365 but things have moved on since the contract was signed &; I hope they will re-consider.”

The FA announced in July 2017 that it would no longer have a betting partner after terminating a contract with Ladbrokes.

A spokesman said the FA would review the arrangements of its deal with IMG, the third party that sold the rights to Bet365, when the contract expires after the end of next season.

It stressed that the deal with IMG was a pre-existing broadcast deal done before it made its decision in mid-2017 to end its official betting partnership with Ladbrokes.

The FA said: “The FA agreed a media rights deal with IMG in early 2017, part of which permits them to sell the right to show live footage or clips of FA Cup matches to bookmakers. Bet365 acquired these rights from IMG to use from the start of the 2018-19 season.

“This deal was agreed before we made a clear decision on the FA’s relationship with gambling companies in June 2017 when we ended our partnership with Ladbrokes.

“We will review this element of the media rights sales process ahead of tendering rights to the new cycle from the 2024-25 season onwards. Leagues and clubs continue to govern their own relationships with gambling companies.”

Last weekend’s third-round matches all signposted the Heads Up campaign, a joint initiative between the FA and the charity Heads Together, spearheaded by William.

All fixtures other than the 10 that kicked off at 3.01pm on Saturday were screened live by Bet365, including Liverpool’s derby against Everton and Arsenal versus Leeds.

National mental health director for the NHS Claire Murdoch said: “Bet to view is simply wrong and needs to stop. Football needs to rethink its relationship with the betting industry and reconsider gambling’s role in the beautiful game.

“This is another own-goal from the gambling industry.

“Betting firms talk a good game when it comes to tackling addiction but it is no wonder that – with tactics like these – more people are seeking help for gambling problems on the NHS.

“The NHS never stands still as health needs change, which is why we’re rolling out new specialist services to tackle mental ill-health linked to gambling addiction, as part of our Long Term Plan, but it is high time that all these firms who spend many millions on marketing and advertising step up to the plate and take their responsibilities seriously.”

The Bishop of St Albans, Dr Alan Smith, described the situation as “extraordinary”.

He said: “This plan puts gambling at the very core of broadcast football and may be unilaterally breaking gambling firms’ ad ban – made only last year.

“It’s extraordinary that football bosses are allowing bookies to carry out this wholesale ‘gamblification’ of our national sport. Football bosses will have to explain themselves, not least to parents and young people.

“Advertising and promoting gambling is widely understood to be linked with levels of gambling-related harm which are damaging public health at unprecedented levels. Promoting this harm must not be the fate for the national, beautiful game.

‘Yet it is only through paper-thin regulation that this happened. The regulators have said they would stand against this direction of travel, so they too must provide an explanation.”