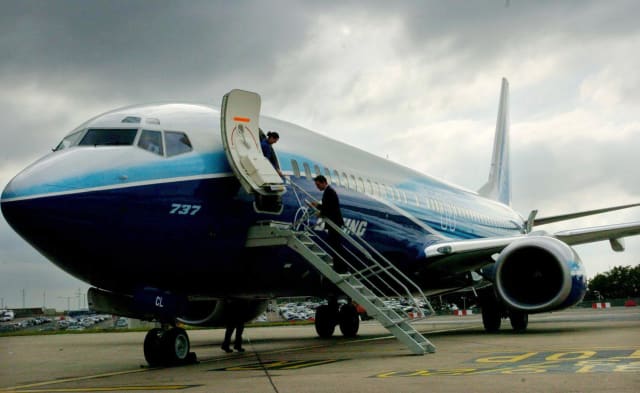 The Boeing passenger plane which crashed in Iran was an earlier model of the 737 jet the company grounded last year following two major disasters in which 346 people were killed.

According to Iranian state media citing a government official, the plane lost control due to a fire in one of its engines – an assessment Ukrainian officials initially agreed with but have since backed away from.

Neither the airline nor the manufacturer have commented on the cause.

Flight PS752 took off nearly an hour after it was scheduled, flying to the west and reaching almost 8,000ft before all flight tracking data abruptly ended, according to flight-tracking website FlightRadar24.

UIA said the Boeing 737-800 NG (Next-Generation) was built in 2016, was delivered direct from Boeing and underwent its last scheduled maintenance on Monday.

Airlines around the world operate thousands of the aircraft, which is used for short to medium-range flights and has a maximum of 189 seats and a CFM-56 twin-engine, according to Boeing's website.

The 737-800 has been involved in deadly incidents before, including in March 2016, when an aircraft flying from Dubai to Russia crashed, killing 62 people.

The aircraft is a predecessor to the Boeing 737 Max 8, which has been grounded for 10 months following two deadly crashes.

Faulty flight-control software on board two Boeing 737 Max 8 airliners resulted in two planes nose-diving, leading to the deaths of 346 people.

In October 2018, a Boeing 737 Max 8 plunged into the sea after setting off from Jakarta, the capital of Indonesia, killing all 189 people on board.

Both incidents were caused by faulty sensor readings erroneously triggering an anti-stall system which pushed the plane into a downwards trajectory, as pilots struggled to regain control.

Following the second crash, Boeing announced that it would create a special board committee to review the plane's design and development, and said £3.9 billion would be spent compensating airlines.

Boeing also established a £40 million fund for families who lost loved ones in the fatal incidents, and began taking claims in September 2019.

This is a tragic event and our heartfelt thoughts are with the crew, passengers, and their families. We are in contact with our airline customer and stand by them in this difficult time. We are ready to assist in any way needed. pic.twitter.com/TsTlyY34Vd

Boeing has not commented on the cause of Wednesday's disaster and said it "stands by" the families who lost relatives in the crash.

The company tweeted: "This is a tragic event and our heartfelt thoughts are with the crew, passengers, and their families.

"We are in contact with our airline customers and stand by them in this difficult time.

"We are ready to assist in any way needed."