‘Unacceptably low’ standard in prosecutors’ handling of disclosure of evidence 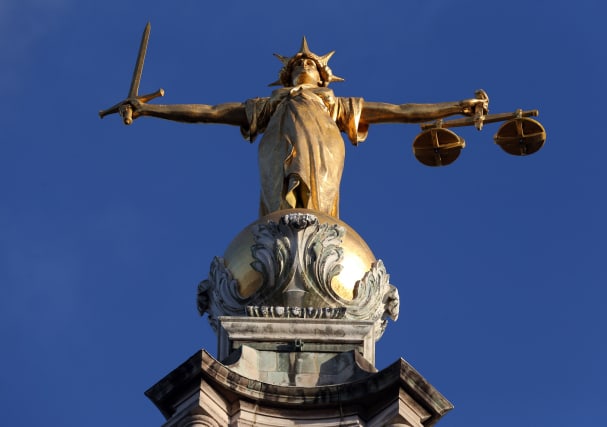 Prosecutors are still falling below an “acceptable standard” for how they handle the disclosure of evidence in courts, according to a report.

Improvements had been made by the Crown Prosecution Service (CPS) but some areas of performance remained “unacceptably low”, its watchdog said.

In January last year Attorney General Geoffrey Cox vowed to “crack the whip” to eradicate problems with disclosure in courts after a flurry of cases collapsed when it emerged vital evidence had not been passed to defence lawyers.

The regime came under sharp focus from the end of 2017 after a string of defendants including student Liam Allan, who was accused of rape, had charges against them dropped when critical material was discovered at the last minute.

The revelations prompted a review of every live rape and serious sexual assault prosecution in England and Wales, which found issues with the disclosure of unused material in 47 cases.

That year the HM Crown Prosecution Service Inspectorate (HMCPSI) found there were “widespread failures” in disclosing evidence while a 2018 report by MPs concluded the CPS may have underestimated the number of cases stopped because of disclosure errors by 90%.

According to HMCPSI’s latest report, changes made by the police and prosecutors – including training programmes and more rigorous checks on work – were “making a difference” and inspectors “found signs of improvement”.

Although this was “encouraging”, the report said “overall the inspection concludes that performance in many aspects will need to improve further to reach an acceptable standard.”

“But I think we have to remember his case was two years ago.

“That’s sufficient time to be making better progress than they have.”

The victims’ commissioner Dame Vera Baird QC – who has previously called for “fundamental change” such as tighter judicial oversight what information should be disclosed and advice for victims on what has been shared with the defence – said: “We still have a long way to go before we can be confident that disclosure processes within the criminal justice system are both fair and robust to both victims and the defendant”.

During investigations police must keep every item of material which is not being used as part of the prosecution’s evidence against a defendant but could still be relevant to the case.

Each item should then be reviewed to see whether it is undermines the prosecution case or assists the defence and, if so, must be disclosed.

The inspection examined cases handled by the CPS across England and Wales between August 2018 and June last year. The findings are based on a review of 1,115 cases – 560 after there had been a charging decision and 555 cases awaiting trial.

– The CPS were not correctly advising the police in over a quarter of the cases reviewed (26%). Correct advice was being provided in 74% of cases, up from 46% since the last inspection.

– In more than half of the cases (51%) prosecutors’ advice on charges did not deal “properly” with disclosure of unused material. But performance in this area was up 20% from 29% to 49%.

– Prosecutors were still not reviewing defence statements and advising police on this in 40% of cases. The report said performance was up 19% since the last inspection when it was 41%.

Caroline Goodwin QC, chairman of the Criminal Bar Association, said the “ongoing failings” in evidence gathering and analysis “lie at the root of the ongoing disclosure mess.

“Steps taken by the CPS point to a better direction of travel, but if this report had given the equivalent of an Ofsted grading for a school it would still, tragically, not move out of the bottom ranked ‘failing’ (in these areas).”

She said the message from the report was “clear”, adding: “We need immediate, substantial and crucially sustained reinvestment across both the police and CPS.”

HMCPSI chief inspector Kevin McGinty said during the previous inspection there appeared to be a “culture of defeated acceptance” with many in the police and CPS feeling that “issues around disclosure would continue and never be resolved.”

But since there had been a “concerted effort” to improve performance.

He added: “The challenge facing the CPS and police is considerable.

“The CPS has been struggling to deal with its caseload without having the numbers of lawyers needed to do it.

“Similarly, the police have struggled with the impact of stretched resources and the lack of understanding of disclosure obligations by inexperienced police officers.

“It will take time for the issues identified in our earlier report to be fully met.

“It is clear that performance needs to improve further to reach an acceptable standard. This is still work in progress.”

Max Hill QC, the director of public prosecutions, said “significant cultural changes will not happen overnight” and the “commitment to get this right remains as strong as ever” after leaving “no stone unturned” in the last two years, adding: “It is encouraging to see progress is being made but clearly, much work is still to be done if we are to provide the service the public rightly expect.”