Who’s who in the Labour leadership race 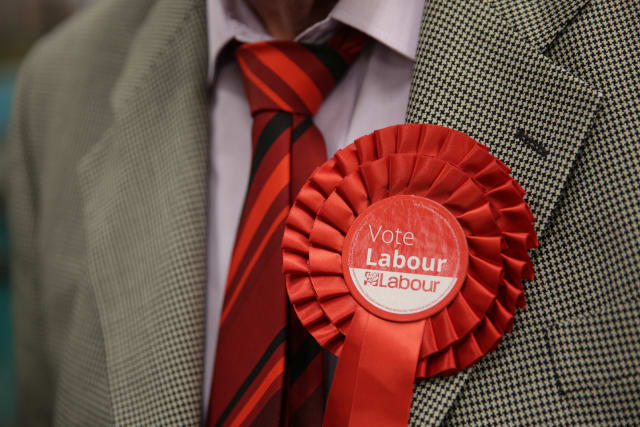 The new Labour leader will be announced on April 4 following a contest triggered by Jeremy Corbyn's decision to stand down in the wake of the general election defeat.

Here are the six MPs who have thrown their hats into the ring to lead the party:

The shadow Treasury minister has promised to transform the party and offered a "vision for the country ... of warmth and energy and of us all being in it together".

He has backed a shift to proportional representation and reform of the House of Lords, and suggested that Labour should "reach out to every other progressive force in the country – parties, campaigns and movements – for the biggest conversation possible about how, together, we can change our country for the better".

A former BBC journalist and Army reservist who served in Afghanistan, Mr Lewis has been MP for Norwich South since 2015.

The shadow business secretary is highly rated by the current Labour leadership, leading to claims that she would be the "continuity candidate" keeping the Corbynite flame alive.

The Salford and Eccles MP has repeatedly highlighted her childhood experience, growing up in the shadow of Manchester United's Old Trafford stadium and watching her father worry about job losses as a docker and trade union representative.

She has been backed by party chairman Ian Lavery – who had been considering a leadership bid of his own – and shadow education secretary Angela Rayner, her friend and flatmate.

The Wigan MP and former shadow cabinet minister launched the Centre For Towns think tank – something which could give her an advantage in understanding why voters in former industrial Labour heartlands switched to the Tories.

She said that too many people "no longer feel they have a voice in our national story" and did not believe that politicians were interested in what they had to say.

Before being elected in 2010, Ms Nandy worked for the youth homelessness charity Centrepoint and The Children's Society.

Forthright and funny, the Birmingham Yardley MP has a higher profile than many more senior Labour figures despite never having held a frontbench role.

Her slick campaign video details how she got involved in community activism in the Birmingham street where she grew up and raised her family.

The long-term Corbyn critic has warned that Labour is in "big trouble" if it cannot win back the trust of its working-class base.

The shadow Brexit secretary and former director of public prosecutions is the bookies' favourite to win the leadership, despite being viewed as more of a centrist than his main rival, Ms Long-Bailey.

I believe another future is possible – but we have to fight for it.

That's why I'm standing to be leader of the Labour Party.

Join me and together we can – and we will – win: https://t.co/7LQiNItoDUpic.twitter.com/hZQaDBmx3M

But his campaign has seen him play up his left-wing credentials, highlighting his work as a lawyer supporting trade unions and poll tax protesters, and he has said the party should not "oversteer" to the right in the wake of the election defeat.

He has been the MP for Holborn and St Pancras since 2015 and was instrumental in getting the party to back a second Brexit referendum – although he acknowledged that the scale of the election defeat meant the issue was now settled.

The shadow foreign secretary is another pro-Remain MP who, like Sir Keir, was largely kept away from the limelight during the general election campaign.

Ms Thornberry joined the party when she was 17 and was motivated by her experiences being raised by her mother, a single parent living on a council estate.

She was first elected as MP for Islington South and Finsbury in 2005.