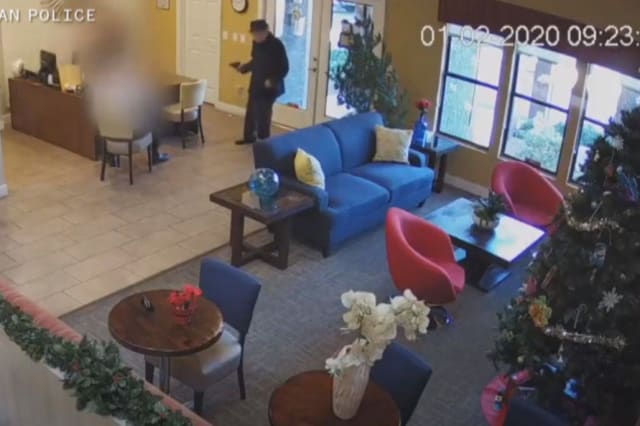 A 93-year-old Las Vegas man is facing attempted murder charges after shooting a maintenance worker at his apartment building complex over a water damage dispute.

The incident occurred in the complex's office, where the man was threatening workers over flooding in his apartment.

After revealing his weapon, the man shoots towards a person in the back of the office, hitting a computer monitor.

He then allows another employee to exit the room, leaving him alone with the maintenance worker.

After shooting him at point-blank range, he then fires a second bullet into the man's leg.

Police arrive moments later and take the shooter into custody.

The shooting victim has been treated for non-life-threatening injuries.