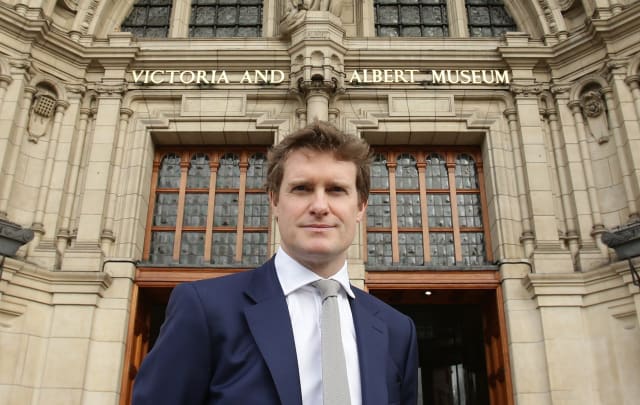 The director of the Victoria and Albert Museum (V&A) has defended his decision to go ahead with a major exhibition on Iran amid an escalating international row centred on the country.

His comments come after Donald Trump warned that Iranian cultural sites could be targeted by US forces if the country seeks to retaliate over the air strike which killed general Qassem Soleimani.

Writing in The Art Newspaper, Tristram Hunt said that it is now “more important than ever” that the museum seeks to showcase Iran’s “incredible 5,000-year history of art and design”.

He added that Western audiences are “too often offered just one narrative”.

The former Labour Party shadow minister rebuked Mr Trump over his warning, saying: “From the Metropolitan Museum of Art to the Archaeological Institute, America’s cultural establishment has powerfully condemned the White House threat.

“Now, politicians and international bodies need to do the same – and do so swiftly in order to make clear how any steps towards the normalisation of cultural warfare cannot go unanswered.

“More than that, museums need to reaffirm their own commitment to cultural dialogue and partnership.

“Because it is only militants on both sides – those wishing for a clash of civilisations; a conflict between Christianity and Islam; the irreconcilability of East and West – who benefit from such political polarisation.”

Mr Hunt conceded in his article that securing loans and sponsorship for the exhibition might be more of a challenge in the wake of the Gulf crisis.

The V&A exhibition, titled Epic Iran, is due to open in October.

The V&A’s website reads: “Exploring 5,000 years of art, design and culture, Epic Iran will shine a light on one of the greatest historic civilisations, its journey into the 21st century and its monumental artistic achievements, which remain unknown to many.”