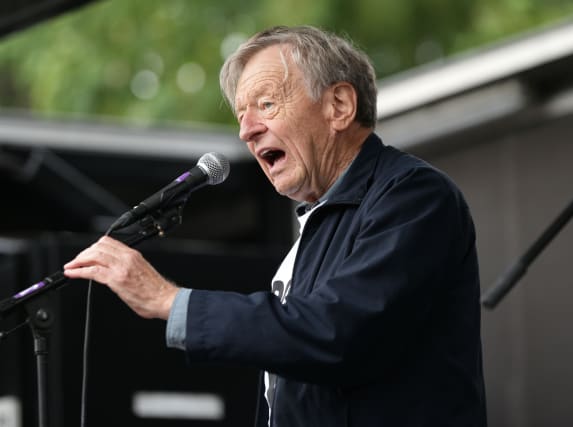 Conservative MPs are being urged to “take a moral stance” and support an amendment demanding the Government continues to negotiate to take in lone child refugees from Europe after Brexit.

Following his crushing election win last month, Boris Johnson re-drafted his Brexit Bill and controversially rowed back on a commitment to strike a deal with the European Union so unaccompanied child refugees could continue to be reunited with their families in the UK after exit day.

Labour leadership hopeful Sir Keir Starmer and Lord Alf Dubs, who fled from the Nazis on the Kindertransport to Britain when he was aged six, have written to all Tory MPs calling on them to vote against the Prime Minister’s “disgraceful” change.

They are looking to convince Tories to vote with the Opposition when amendments to the European Union (Withdrawal Agreement) Bill are put before MPs on Wednesday.

The pair said the reversal by Downing Street was “as disturbing as it is revealing about the Government’s priorities”.

With the Tories now enjoying a comfortable 80-seat majority, Sir Keir and Lord Dubs told those on the Government benches it was “up to you” to make Mr Johnson “rethink” his approach to unaccompanied child refugees.

“We know that there are many Conservative MPs, including some sat around the Cabinet table, who know that this decision was wrong,” wrote Sir Keir and Lord Dubs.

“Boris Johnson may have won a majority in Parliament, but he did not win the moral argument to absolve himself of responsibility to some of the most vulnerable people in the world.

“With the numbers in Parliament being what they are, it’s up to you — Conservative MPs — to take a moral stance and force the Government to rethink its approach on this vital issue.

“You have the power to right this wrong. This is your test – and we would urge you to hold them to account over this disgraceful decision.”

In June 2018, Robert Buckland, then solicitor general, accepted Lord Dubs’ amendment to the Withdrawal Bill to work with Brussels’ leaders to give refugee children sanctuary.

Attorney General Geoffrey Cox said at the time the Government was “right to do so” but the written commitment was stripped out of the divorce legislation last month during the post-election re-draft.

Labour has had an amendment accepted that, should it pass, would restore the Government’s vow to negotiate an agreement with the EU which continues to give refugee children safe haven post-Brexit.

A Government spokesman said: “We have a proud record of helping vulnerable children, granting protection to 41,000 since 2010 and doing more than the vast majority of EU countries to help unaccompanied minors.

“Protecting vulnerable children will remain our priority after Brexit and this new clause reaffirms our commitment while clarifying the role of Parliament and Government in negotiations.”