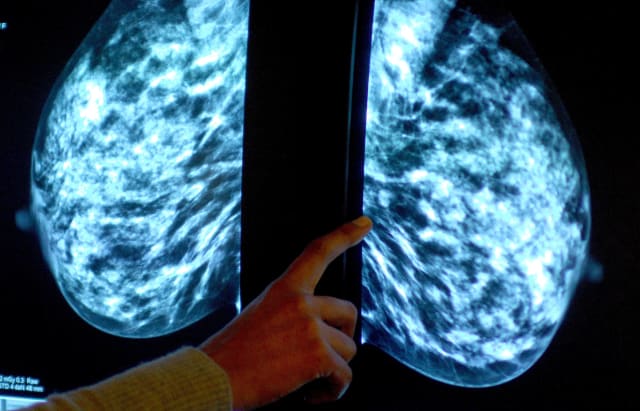 Scientists have discovered that DNA errors linked to an increased risk of breast cancer affect five times as many genes than were previously known.

Researchers from across the world found 352 DNA errors that they believe with “reasonable confidence” target 191 genes, fewer than a fifth of which were previously recognised.

The international study compared the DNA of 109,900 breast cancer patients to that of around 88,937 healthy controls, all of European ancestry.

The researchers, from more than 450 departments, found that a third of the genetic variants they discovered increase the likelihood of women developing hormone-responsive breast cancer.

This affects around four out of five breast cancer patients, and can be treated with hormonal treatments such as tamoxifen.

Fifteen per cent of the variants they found predispose women to the rarer estrogen-receptor-negative breast cancer, while the remaining variants are linked to both types.

Breast cancer is a polygenetic disease, which means it is not caused by a single genetic variant or gene but is made more likely when a combination are present.

Previous research has found around 150 areas in the genome that contain genetic changes that affect breast cancer risk, but scientists have rarely been able to pinpoint the specific variants and genes involved.

Each variant the researchers found on its own increases the risk of developing breast cancer by a tiny amount.

But, added together, they will give women a clearer picture of their genetic risk and the best strategies to prevent its onset, the researchers say.

Dr Alison Dunning, from the University of Cambridge, said: “This incredible haul of newly-discovered breast cancer genes provides us with many more genes to work on, most of which have not been studied before.

“It will help us build up a much more detailed picture of how breast cancer arises and develops. But the sheer number of genes now known to play a role emphasises how complex the disease is.”

Most genetic variants are located outside of the genes and can influence their behaviour, by regulating how active they are or their function.

The paper is published in the journal Nature Genetics.