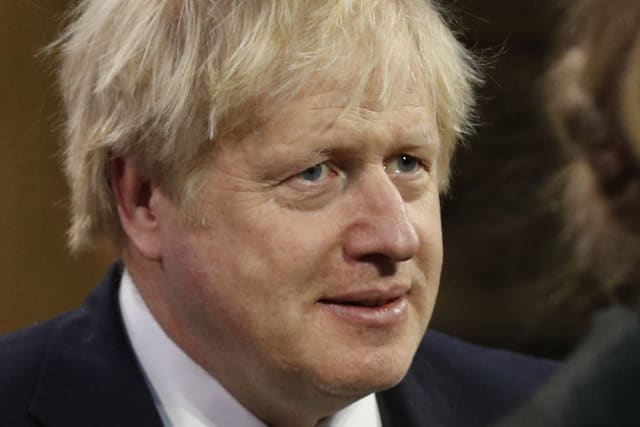 Boris Johnson has told senior ministers they must “root out waste” in their departments as the Government focuses on the priorities set out in the Tories’ general election manifesto.

At the weekly meeting of the Cabinet in Downing Street, the Prime Minister and Chancellor Sajid Javid said the Budget on March 11 would be a time for “tough decisions” by spending ministers.

Government sources acknowledged that there would be “squeals of protest” within Whitehall, with some programmes facing the axe.

It is thought that “hundreds” of “legacy projects” – some dating back to the coalition government under David Cameron – could come under review.

“The Prime Minister said the Budget would focus on delivering the priorities set out in the manifesto,” Mr Johnson’s official spokesman said.

“This is a new Government with a new mandate, including to level up across the country, invest in infrastructure and tackle climate change.

“The Chancellor and the Prime Minister said the Budget is also the time to take tough decisions in order to prepare the economy for the next decade.

“They said ministers need to root out any waste, particularly anything that is not aligned with the Government’s priorities, and demonstrate value for money of every pound of taxpayers’ money that we spend.”

The warning came after Mr Javid signalled the first post-Brexit Budget would see the Government turn on the spending taps to support “left behind” parts of the country.

Promising an “infrastructure revolution”, the Chancellor indicated there would be up to £100 billion available for “transformative” projects across the country over the coming years.

Speaking during a visit to the new £350 million Trafford Park tram line project in Manchester, Mr Javid said: “The country voted for change. There are still too many people in our great country that feel left behind and we are going to deliver that change.

“With this Budget we will unleash Britain’s potential – uniting our great country, opening a new chapter for our economy and ushering in a decade of renewal.

During the general election campaign Mr Javid made a decisive break from the policies adopted by his predecessors, promising to loosen constraints on borrowing to the tune of up to £20 billion a year for capital spending.

He will use the Budget to update the Charter of Fiscal Responsibility, with new rules to allow him to take advantage of historically low interest rates to borrow to invest “properly and responsibly”.

He had been due to deliver a Budget in November but that was cancelled after Brexit was delayed and Mr Johnson decided to go to the country.

Shadow chancellor John McDonnell said: “After a decade of wrecking the economy, we can have no confidence in a Tory Government delivering the scale of investment needed for renewal especially with a no-deal Brexit still on the table.