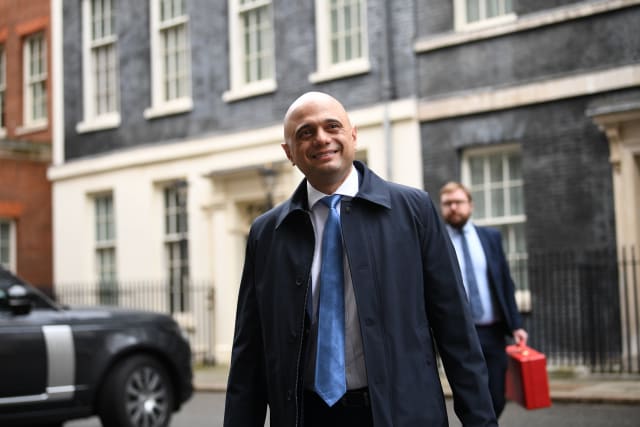 Powers to collect income tax in Scotland could be jeopardised by the failure to pass a budget in time, potentially leaving ministers with a £13 billion revenue shortfall.

UK Chancellor Sajid Javid has announced the UK Budget – including the Scottish Government’s allocation – will be set on March 11.

That prompted an angry reaction from Scottish Finance Secretary Derek Mackay, who will have less than three weeks to get his tax and spending plans for 2020-21 through Holyrood.

Mr Mackay criticised the UK Government, claiming there had been “absolutely no engagement or respect shown to the Scottish Parliament or our budget process”.

Instead, he said the UK Government had “failed to respond to our efforts to get clarity or an orderly process agreed”.

“There is no authority to collect the Scottish rate of income tax at all.”

He added: “The single-biggest danger – however unlikely – is if the Parliament doesn’t pass a rate resolution in time then there is no authority to collect income tax, so that’s a £13 billion risk.”

The Budget date is “perhaps the most glaring example” of the “lack of respect” shown by the UK Government towards the devolved nations, the spokesman said, claiming the timing of the Chancellor’s announcement may have been deliberately chosen to disrupt the Scottish budget process.

“You’ve got a budget of circa £30 billion, you’ve got a political reality of a minority government,” he said.

“This is not the way people foresaw devolution and the relationship with Westminster working where, without a care for the reality of Scottish fiscal processes, the UK Government has set out a timeline that looks almost deliberate in its attempt to frustrate devolution.”

He spoke out as experts at the Chartered Institute of Taxation warned the Scottish budget process will have to take place “at breakneck speed, with little room for manoeuvre”.

The only alternative would be for Mr Mackay to “go it alone” and outline his tax and spending plans for the forthcoming year before then.

But Alexander Garden, the chairman of the Institute’s Scottish technical committee, said in those circumstances Mr Mackay would be “constrained” by not knowing exactly how much cash Scotland would receive from the UK Government.

With councils waiting for the Scottish budget to see how much funding they will receive in the coming year, local authority chiefs have written to the Chancellor complaining the decision not to hold a Budget until March puts essential public services at risk.

Councillor Gail Macgregor, resources spokeswoman at the local government body Cosla, said: “By delaying the UK Budget until mid-March, the UK Government is putting thousands of essential public services at risk of going without funding.”

She called on the Scottish Government to “do all it can to mitigate this risk”.

Ms Macgregor said: “Local authorities carry out a complex and hugely important role in our society.

“As the employer for 10% of Scotland’s workforce and a procurer of over £6.3 billion in goods, we are the key economic driver for communities across the country.

“Any delay to our budgets means that these services are put at risk.

“This significantly impedes the ability for local authorities to formulate their own budgets meaning Scotland’s communities are disadvantaged.”

She added: “Cosla is calling on the UK Government to provide Scotland with an increased settlement so that the Scottish Government can provide councils with enough funding to deliver the vital services that our communities rely on.”